Unhappy with your tax-free savings account? Now you can move! 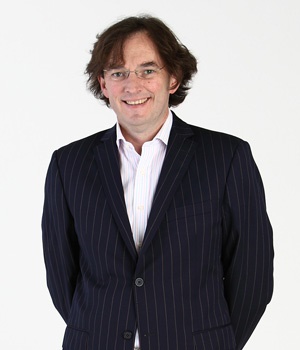 The introduction of tax-free investing in South Africa was a great innovation.

Introduced in the February 2015 Budget, it initially allowed consumers to save R30 000 a year tax-free.

There are restrictions as to what one can put into a tax-free savings account (TFSA). Exchange-traded funds (ETFs) are allowed, and they are the best product to buy.

Unit trusts that do not charge a performance fee are also allowed, as are structured products that only use derivatives to protect downside (not enhance returns).

Cash is naturally also an option, but a very boring one considering that taxpayers already get a tax-free allowance on interest earned.

Lastly, government retail bonds can be included. Again, as they pay interest and interest already has some tax-free status, I still prefer ETFs.

Up until now, the problem we’ve had is that we could not transfer funds between TFSAs. If you had money in a specific savings account, you were stuck with that provider.

Your only option was to open another TFSA and start funding that. Importantly, your annual and lifetime limits applied across both accounts – not per account.

But now, since 1 March, transfers are allowed. Initially we had been promised transfers from March 2016 but the date kept being pushed back.

But as I understand, National Treasury is standing firm and all the providers I have spoken to are ready for transfers.

If your provider is not up to date yet, then give them hell.

But why would you want to move your TFSA? Most people are perfectly happy with their TFSAs, but some people find themselves in expensive accounts or with limited product availability.

In my case, I want the cheapest account and that means zero admin fees at best, or at worst a small monthly fee that is not charged as a percentage of the value of the account.

Roll forward say 20 years when the account is potentially worth over R10m; now your 1% fee a year costs R100 000. That is serious money and frankly a rip-off.

Some accounts charge a flat fee of say R10 a month. That’s fine, but a number of providers have no admin fees at all and that’s optimal.

It’s also important to consider transaction costs. A low transaction fee would be between 0.2% and 0.25% plus taxes, with some providers charging between 0.5% and 1% before the taxes, in addition to other fees.

The difference here is fairly small, but again my preference would be for the lowest fee.

Regarding the product range, here I want to be able to buy any of the ETFs that are allowed under the legislation.

Fortunately, most of the stockbrokers already offer such an account.

Anyway, if you are not happy with your TFSA, now is the time to move. Do it sooner rather than later, because the fees are eating your return.

Contact your current provider to request a transfer and also get in touch with your new provider to inform them of the incoming money or ETFs.

Find out what the process is and make sure you follow it. In some cases, you may have to sell whatever you’re holding (especially if you’re moving between products such as from unit trusts to ETFs) and then transfer the cash.

You will incur costs, but this is one-off and worth it in the long term.