Metals for a greener economy 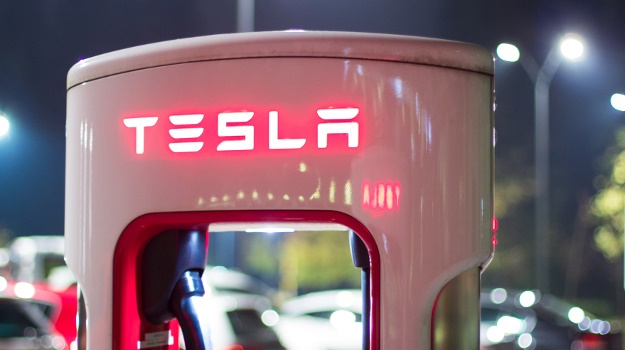 With the worldwide shift to greener energy, David McKay analyses the impact this will have on mineral production. Which metals will be the winners and who will lose out as global economies strive to be more sustainable?

In July, Elon Musk, the founder of Tesla, issued an unusual public challenge to the world’s mining industry. Commenting during an investor presentation, he dangled the prospect of a “giant contract for a long period of time” to the firm that could supply responsibly-mined nickel.

Nickel is not particularly in short supply. According to a June report by Australia’s Macquarie Bank, previously forecast deficits in nickel for this year until 2025 are now expected to turn into narrow surpluses. This is partly owing to the impact of the Covid-19 disease, which has dented consumption more than supply, the bank says.

Availability, however, was not behind Tesla’s request. In a world of improving environmental, social and governance (ESG) standards, it’s peace of mind that’s harder to source than minerals.

The mining industry has been boosted by increased demand for metals – such as nickel, which is used by industrialists like Musk for the batteries that go into electric vehicles (EVs). In the case of Tesla, its Shanghai-based Gigajoule factory is expected to increase capacity by 570% over the next decade to 248 gigawatt hours, according to data company Benchmark Mineral Intelligence. One GWh of battery capacity is enough for 18 000 cars, on average.

According to a report by Bloomberg NEF, global passenger EV sales will be just shy of 26m vehicles by 2030.

Total all-segment user demand for lithium-ion batteries, the most popular type of battery technology currently in use for EVs, will still be over 2 000GWh by 2030, the report said.

While growth in EVs is an enormous opportunity for mining firms – which also supply manganese, cobalt and a raft of other minerals into the battery manufacturing process – there are difficulties. Mining firms are faced with having to reduce their own carbon footprints, even in the process of supplying the minerals that may help resolve the world’s environmental risks.

They are also facing increased levels of scrutiny from investors switched on to the ESG risks, as well as faith-backed organisations and civil society groups that keep tight checks on the human and environmental impacts involved in mining.

In June, it emerged that Tesla had agreed to buy 6 000 tonnes of cobalt from Glencore, the Swiss-headquartered mining and marketing group. Cobalt gives batteries their ability to recharge and is therefore considered critical to the fabrication process. The trouble is that about 60% of the world’s cobalt is sourced from the Democratic Republic of Congo, the central African nation from which Glencore mines a significant portion of its copper, and all of its cobalt.

Child labour in the Congo’s burgeoning artisanal sector has long been flagged by civil and watchdog groups. While there’s no suggestion of wrongdoing in that regard involving Glencore, the onus is clearly on the mining sector to get its act right.

Welcome, then, to the often subfusc world of battery-mineral production where mining firms are tasked with trying to find enough economic resources to satisfy the growing demand and meet ever-increasing standards of extraction ... all of which are complicated by a third factor.

Owing to the problems associated with cobalt supply – forecast by Benchmark Minerals to grow into 300 000t of demand by 2029 from 70 000t last year – scientists are finding ways to engineer out the ESG risk. Thus, this month, Tesla announced its first cobalt-free EV battery, the Tesla Model 3, that uses a lithium-ion phosphate battery.

The pace of the engineering is a real headache for mining firms as they plan multi-year resource development and capital allocation. On hearing the news of Tesla’s latest breakthrough, BMO Capital Market analysts Colin Hamilton and Kimberly Berman lowered their medium-term forecast of nickel and cobalt consumption in EVs.

Said BMO Capital Markets in a separate note on battery minerals: “The bottom line is that we are seeing more zero-cobalt, nickel- rich cathodes being evaluated and a number of top scientists in the field are investigating possible cobalt substitutions ... In short, there is a big push to remove cobalt (and all its supply chain woes) from the equation.”

While Tesla’s new cobalt-free battery wouldn’t replace existing models, the job of having to understand future demand is a challenge for miners. So much so that Sibanye-Stillwater bought the UK-based research house SFA Oxford to help understand how the fast-moving battery minerals market might evolve ahead of potential merger and acquisition (M&A).

Neal Froneman, CEO of Sibanye-Stillwater, wants a piece of the EV battery minerals action. “We’re not sitting on our hands,” he said in an interview with finweek in July. “We bought SFA Oxford to do that work. It doesn’t require any specific due diligence at this stage, but it’s a lot of strategic work,” he said.

There is a multiplicity of battery models in the market into which several Johannesburg-listed mining firms can supply – the cobalt-free version is just the latest of specific battery electric vehicles (BEVs). According to SFA Oxford, a different type of battery, powered through the manipulation of hydrogen, will co-exist, not compete, with lithium-styled BEVs.

Hydrogen electrolysing technology will also have applications not just in the automotive manufacturing sector, but broadly, across other industries.

Read more
This is an extract of the cover story that appeared in the 27 August edition of finweek. To read the full story, you can buy and download the magazine here. We live in a world where facts and fiction get blurred
In times of uncertainty you need journalism you can trust. For 14 free days, you can have access to a world of in-depth analyses, investigative journalism, top opinions and a range of features. Journalism strengthens democracy. Invest in the future today. Thereafter you will be billed R75 per month. You can cancel anytime and if you cancel within 14 days you won't be billed.
Subscribe to News24
Related Links
Can Sasol pass the acid test?
Women step out of the shadows on Kumba exploration project
Musk says Tesla close to developing fully autonomous car
Next on Fin24
COVER STORY | The metals rush