The lack of minerals exploration in South Africa’s mining sector goes back to its corporatisation more than 60 years ago, following the creation of Anglo American and its counterpart, General Mining.

In those days, mining houses did their prospecting in-house, where the parent company charged service management fees to the underlying businesses, some of them listed. Apart from its inefficiency, it resulted in an investment tradition that applauded the mighty and gave short shrift to the two-bit entrepreneur; ironic, given the manner of Johannesburg’s own mining town origins.

Errol Smart, a South African who has worked in the Australian minerals development sector, which has a varied, mixed bag of a minerals exploration sector, is convinced the time is ripe to change history. It would be apposite: President Cyril Ramaphosa’s economic recovery plan is crying out for the kind of vigour Smart and other miners say they can bring, especially in the Northern Cape province. 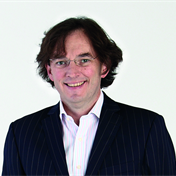