Oil rose for a second day as an industry report showing a drop in American crude stockpiles helped counter fears that supplies may gain after the US was said to ask OPEC to boost output.

Futures in New York climbed as much as 0.7% after a 1.2% advance on Tuesday. The American Petroleum Institute was said to report nationwide crude inventories fell over 2 million barrels last week.

Meanwhile, the US government has asked Saudi Arabia and some other members of the Organisation of Petroleum Exporting Countries to increase output by about 1 million barrels a day, according to people familiar with the matter.

Oil is trading near the lowest level in almost two months after Saudi Arabia and Russia signaled in late May that they were ready to ease output curbs to fill potential supply losses in Iran and Venezuela.

While speculation is still swirling over whether OPEC and its allies will reach a consensus to relax caps at a meeting in Vienna later this month, Goldman Sachs said the outlook for oil remains bullish even if producers agree to the US’s request to boost output.

“It’s certainly interesting to see some sort of direct involvement in the talks from the US, but it’s seen priced in,” Daniel Hynes, a senior commodities strategist at Australia & New Zealand Banking, said by phone from Sydney.

“Data releases around US inventories will drive prices in the next day or so.”

Brent futures for August settlement increased 74c to $76.12 a barrel on the London-based ICE Futures Europe exchange, after closing 9c higher at $75.38 on Tuesday.

The global benchmark crude was $10.36 above WTI for the same month, after the premium narrowed for a second session on Tuesday.

Futures for September delivery were little changed at 466.4 yuan a barrel in afternoon trading on the Shanghai International Energy Exchange. The contract slid 1% on Tuesday.

US crude stockpiles decreased by 2.03 million barrels last week, while the hoard at the key storage hub in Cushing, Oklahoma, also fell by 1.04 million barrels, the industry-funded API was said to report.

In a rare request, the US government has quietly asked Saudi Arabia and some other OPEC members to boost crude production after retail gasoline prices surged to their highest in more than three years and President Donald Trump publicly complained about the group’s policy and rising oil prices on Twitter.

The group and its allies in the global output cuts that were aimed at shrinking a glut stressed the need to maintain their cooperation to stimulate adequate investments to ensure stable supply at a meeting on Saturday in Kuwait City.

• Saudi Arabia, the world’s largest oil exporter, raised pricing on key crude grades for buyers in Asia to the highest since 2014 as demand builds in the country’s biggest market amid threats to rival suppliers.

• Crude prices in the Midland and Permian Basin in the US are below oil at Cushing and Houston as output growth has outpaced the pipeline capacity, and that dynamic is unlikely to change materially until at least the middle of 2019, according to Citigroup.

• Oil is trading in a sweet spot and “$70 a barrel is good for producers and consumers, for producing countries and for consuming countries,” Claudio Descalzi, chief executive officer of Eni SpA, said in an interview in Rome on Tuesday.

We live in a world where facts and fiction get blurred
In times of uncertainty you need journalism you can trust. For only R75 per month, you have access to a world of in-depth analyses, investigative journalism, top opinions and a range of features. Journalism strengthens democracy. Invest in the future today.
Subscribe to News24
Related Links
Global stocks pressured as political, trade fears resurface
Hong Kong stocks end morning on positive note
Asian markets mostly up, China trade report lifts hopes
Next on Fin24
Gold drops to four-month low on vaccine news, Biden transition 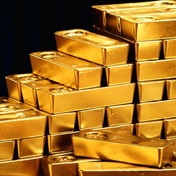