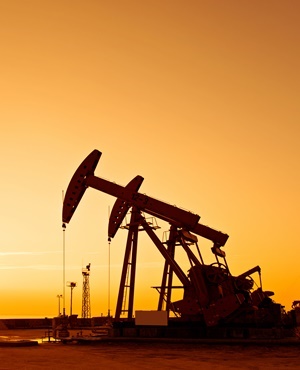 Oil fell to the lowest in more than two months on signs of surging US supply and speculation that American sanctions against Iran won’t succeed in reducing exports to zero.

Futures in New York dropped as much as 1%, after falling 1.3% on Wednesday. US crude inventories rose for a sixth week, while Russia was said to raise oil output to a post-Soviet record. The supply surge comes just as concern eases around a halt of exports from Iran, with oil buyers India and South Korea said to agree with the US on the outline of waivers.

Oil slid 11% last month, the most since July 2016, as an equity rout and trade tensions between the US and China stoked concerns over economic growth. Still, the Organization of Petroleum Exporting Countries and its allies are sending mixed signals on whether they’ll boost output to fill any shortfall from the return of sanctions on Iran next week, heightening uncertainty.

“Rising oil inventories and growing petro-nations output have calmed the supply fears related to the Iran oil embargo,” said Norbert Ruecker, head of macro and commodity research at Julius Baer Group Ltd in Zurich. “While in the near term, prices are at risk from any further supply disruption, oil should trend lower heading into 2019.”

West Texas Intermediate for December delivery fell as much as 66 cents to $64.65 a barrel on the New York Mercantile Exchange, the lowest since August 16, and was at $64.85 as of 10:50 London time. The contract declined 3.4% in the past three sessions. Total volume traded on Thursday was in line with the 100-day average.

Brent for January settlement fell 67 cents to $74.37 a barrel on the London-based ICE Futures Europe exchange, and traded at a $9.35 premium to WTI for the same month. The December contract dropped 44 cents to $75.47 before expiring on Wednesday.

The US signaled on Wednesday that some countries may continue importing Iranian crude after sanctions enter into full force on November 5. Several nations “may not be able to go all the way to zero” right away on purchases, said White House National Security Adviser John Bolton. America wants to put maximum pressure on Iran, but doesn’t “want to hurt friends,” he said.

Adding to bearishness are rising supplies in the US and elsewhere. America’s stockpiles climbed by 3.22 million barrels last week in the longest streak of gains since March 2017, government data showed on Wednesday.

A rally in the dollar has also diminished the appeal of commodities priced in the currency, with the Bloomberg Dollar Spot Index rising 2.3% in October, the biggest monthly gain since November 2016.

We live in a world where facts and fiction get blurred
In times of uncertainty you need journalism you can trust. For only R75 per month, you have access to a world of in-depth analyses, investigative journalism, top opinions and a range of features. Journalism strengthens democracy. Invest in the future today.
Subscribe to News24
Related Links
What to watch in commodities: Iran deadline, oil, gold, Arcelor
Oil heads for third weekly decline as equities resume slide
Oil holds loss below $67 on Saudi crude pledge and risk aversion
Next on Fin24
Gold drops as investors weigh US stimulus prospects, virus cases