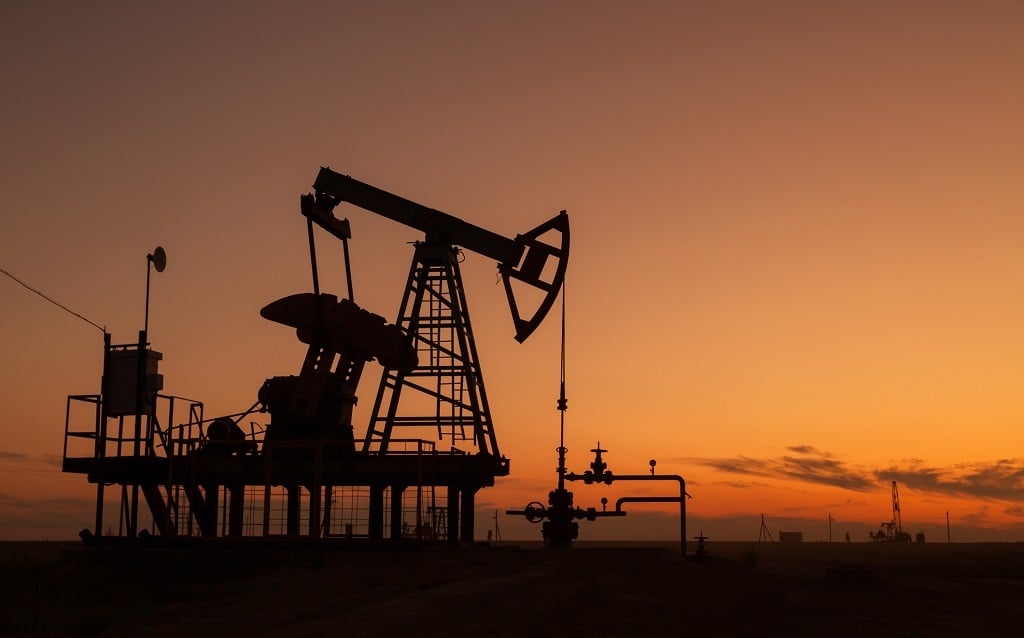 Getty Images
As one of the most tumultuous years in oil’s history ends, a delicate task now confronts OPEC+.

The alliance of producers led by Saudi Arabia and Russia must decide whether it can continue to restore crude supplies without capsizing the price recovery they spent most of 2020 working to achieve.

Moscow believes that the group - which slashed output during the pandemic - can revive another 500,000 barrels a day of idle capacity in February, on top of an increase scheduled for this month. Riyadh, which has favored greater caution, is keeping its own views under wraps.

"It feels like OPEC+ is trying to steer a giant oil tanker through a narrow straight," said Giovanni Staunovo, an analyst at UBS Group AG in Zurich.

Whatever they ultimately decide, the Organization of Petroleum Exporting Countries and its partners are leaving nothing to chance.

With its Jan. 4 gathering, the coalition is switching to meeting every month -- rather than just a few times a year -- in order to fine-tune production levels more precisely.

After the brutal lessons delivered over the past 12 months, the impulse to micro-manage is understandable.

Last year’s challenges for OPEC+ began in February, when oil demand in China collapsed 20% as the world’s biggest importer locked down to beat the emerging coronavirus.

Riyadh and Moscow then clashed over how to respond to the demand shock, a dispute that shattered the 23-nation alliance and ushered in a vicious price war. By April, the world was so awash in crude that U.S. futures traded below zero for the first time in history.

Relations were only mended after the intervention of U.S. President Donald Trump. An unlikely mediator, having lambasted the cartel for years, Trump nonetheless brokered a peace deal that resulted in OPEC’s biggest-ever output cuts.

Phasing out those curbs is provoking new controversies.

Last month, OPEC+ talks ran into a five-day stalemate as Saudi Arabia and the United Arab Emirates - for years stalwart allies in both political and energy spheres - disagreed over how quickly to revive the idled barrels.

While the kingdom wanted to delay any increases for three months, its neighbor -- eager to monetize investments in capacity, and promote a new regional oil benchmark -- pushed for a speedier timetable.

Though a compromise was reached, the brief rupture in their longstanding partnership -- which at one point saw Abu Dhabi hint at eventually leaving OPEC - has left an ominous shadow.

Russian Deputy Prime Minister Alexander Novak has signaled his readiness to proceed, saying last month that prices are in an optimal range of $45 to $55 a barrel. If OPEC+ refrains from bolstering exports, its competitors will simply fill the gap, he said. "The market needs the oil," said Jan Stuart, a global energy economist at Cornerstone Macro LLC. "The prevailing view in OPEC+ seems to be that you have to go for market share. You cannot subsidize the return of U.S. shale."

There is a solid case for going ahead with the production increase.

Oil prices have stabilized above $50 barrel in London despite OPEC’s pledge of extra supply, bolstered by vaccine developments and robust fuel use in Asia. Supply and demand should remain broadly balanced in the first half of the year, according to the Paris-based International Energy Agency.

"The market has underlying support and as such should shrug off a modest increase in OPEC+ supply," said Doug King, chief investment officer of the Merchant Commodity Fund, which manages $170 million.

It’s a choice that might also come as a relief to OPEC+ members like Iraq. Baghdad is engulfed in a mounting economic crisis that is only exacerbated by limits on oil sales, and is struggling to get through a backlog of overdue output cuts from 2020.

But there’s also an argument for holding back the extra barrels.

Oil refiners haven’t yet had a chance to absorb this month’s supply hike, and a more infectious virus strain is clouding the outlook for demand.

While the IEA anticipates no fresh surplus, it warned that the existing inventory overhang will linger to the end of the year if OPEC+ opens the taps. Despite the market’s rebound, crude prices remain far below the levels most OPEC members need to cover government spending.

Finally, OPEC+ must navigate the impact of incoming U.S. President Joe Biden, who has signaled readiness to revive a nuclear pact with Iran that could release more than 1 million barrels a day of oil exports currently under U.S. sanctions.

"But in terms of vanquishing last year’s Covid glut, they’re far from out of the woods."

-With assistance from Salma El Wardany and Olga Tanas.

We live in a world where facts and fiction get blurred
In times of uncertainty you need journalism you can trust. For only R75 per month, you have access to a world of in-depth analyses, investigative journalism, top opinions and a range of features. Journalism strengthens democracy. Invest in the future today.
Subscribe to News24
Related Links
WATCH | Get set for more volatility in oil prices in 2021
SA petroleum lobby wants Competition Act exemptions to curb 'supply emergencies'
Steep fuel price hike expected in January, AA warns
Next on Fin24
Gold heads for best year in a decade with dollar on the ropes