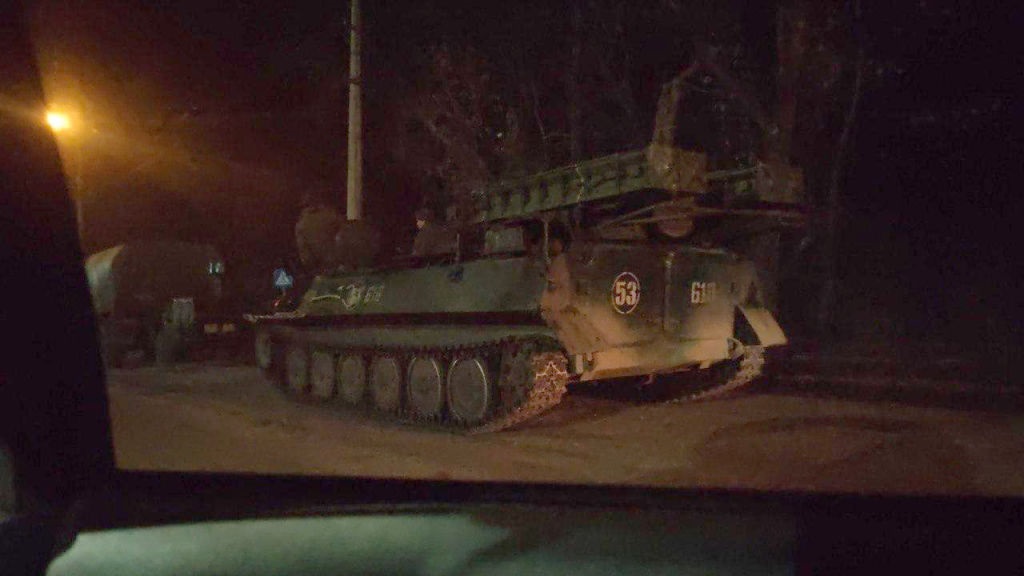 Brent crude surged past $100 a barrel for the first time since 2014 as Russian forces attacked cities across Ukraine in a dramatic escalation.

Here’s what analysts have to say about the Russia-Ukraine crisis and the impact on oil.

The US and Europe will almost certainly respond in the coming hours and days with a far-reaching package of sanctions, Eurasia Group analysts said in a note.

Given the severity of the Russian actions, we expect Western policy makers to go beyond their worst-case scenario plans, which puts Russia’s expulsion from the SWIFT financial messaging system in play. The Nord Stream 2 pipeline will be sidelined indefinitely.

Oil and gas prices will rise significantly, reinforcing inflationary pressures and weighing on financial markets and global growth. While Western governments probably will exempt energy transactions from sanctions, the blizzard of new restrictions will force many traders to be exceedingly cautious in handling Russian barrels.

Russia’s onslaught against Ukraine will sustain a risk premium in crude prices until it becomes clearer whether physical supplies are likely to be interrupted by sanctions, unilateral limits, bans, or fighting, said Bob McNally, a former White House official who heads Rapidan Energy Group.

If no major supply interruption materializes, crude prices will likely retrace as Russia’s attack shifts to more of a macro bearish factor rather than a bullish supply threat, the founder of the Washington-based consulting firm said.

The oil market will now wait to see how Western nations respond to Russia’s latest actions and that’s likely to result in even further price volatility, said Warren Patterson, head of commodities strategy at ING Groep NV. There will be continued upward momentum, as the market will need to price in a larger risk premium, he said.

Heightened geopolitical risks have had differing impacts on the oil market, Australia & New Zealand Banking Group Ltd. analysts Daniel Hynes and Soni Kumari said in a note. Both the Gulf War and the Iraq War saw oil spike sharply, however prices quickly gave back those gains once the risk dissipated.

The potential disruption to supplies in the current situation is nearly twice the level seen then. We view the likelihood of sanctions being placed on Russian crude oil as relatively low, so any risk premium would quickly be erased should the risk subside.

Russia-Ukraine has added a whole new level of volatility and uncertainty, although there’s a lot of bullish sentiment in terms of market fundamentals, said John Driscoll, chief strategist at JTD Energy Services Pte. While an Iran accord is likely to be built into current prices, oil markets are likely to remain volatile to the upside, he said.

Oil could jump by another $10 a barrel as the conflict intensifies but an agreement could be reached after a series of operations, according to Will Sungchil Yun, senior commodities analyst at VI Investment Corp. in Seoul. That could stabilize markets and ultimately pull prices down, and if an Iranian nuclear deal is achieved, more downside pressure will be added, he said.

We live in a world where facts and fiction get blurred
In times of uncertainty you need journalism you can trust. For 14 free days, you can have access to a world of in-depth analyses, investigative journalism, top opinions and a range of features. Journalism strengthens democracy. Invest in the future today. Thereafter you will be billed R75 per month. You can cancel anytime and if you cancel within 14 days you won't be billed.
Subscribe to News24
Next on Fin24
Wild 2021 for metals: Copper, tin shine as gold falters, iron ore sinks