Rand weakens to R15/$ as Nene's fate hangs in the balance

The rand weakened to R15/$ on Tuesday afternoon, amid continuing uncertainty over the fate of SA's Finance Minister Nhlanhla Nene and a marginally stronger dollar.

By 15:54, after the presidency put out a statement to say President Cyril Ramaphosa would make a public statement on Nene on Tuesday afternoon it was changing hands at R14.86/$.

In addition to uncertainty around Nene, the local currency may also have been impacted by dollar strength.

Earlier on Tuesday Bianca Botes of Peregrine Treasury Solutions said the rand could fall below R15/$ as uncertainty around Nene's fate casts a "shadow over National Treasury and the currency".

Neither Nene nor President Cyril Ramaphosa have officially commented on reports that Nene offered to resign following fallout from his testimony at the State Capture Inquiry that he met with members of the Gupta family several times between 2009 and 2014. Nene had not previously acknowledged the meetings.

We live in a world where facts and fiction get blurred
In times of uncertainty you need journalism you can trust. For only R75 per month, you have access to a world of in-depth analyses, investigative journalism, top opinions and a range of features. Journalism strengthens democracy. Invest in the future today.
Subscribe to News24
Related Links
Rand could weaken under R15/$ if Nene resigns, say analysts
Top forecaster sees rand gain as local investor flight eases
Morgan Stanley warns rand is most vulnerable to US yield rise
Next on Fin24
Rand rallies as Trump bemoans 'stolen' US election 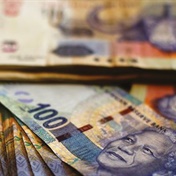