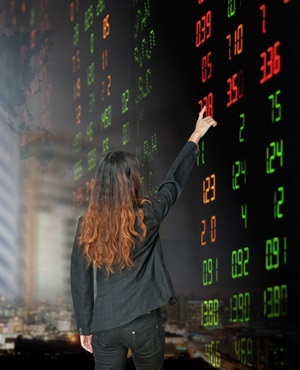 Hong Kong - Asian investors were cautious on Tuesday as they keep watch on the historic summit between Donald Trump and North Korean leader Kim Jong Un, and await key policy meetings at the Federal Reserve and European Central Bank this week.

While the meeting is not expected to see any immediate results, it has provided hope for peace on the Korean peninsula.

But there remain some concerns about a possible global trade war after the weekend's Group of Seven summit in Canada ended with Trump withdrawing support for a joint communique and accusing host Prime Minister Justin Trudeau of being dishonest.

That come just after he had hit Canada, Mexico and the European Union with steel and aluminum tariffs, sparking threats of retaliation that some fear could escalate.

But for now, eyes are on Singapore, where Trump and Kim became the first sitting leaders of their countries to meet.

The pair shared a historic handshake ahead of unprecedented talks to tackle a tense decades-old nuclear stand-off and an enmity stretching back to the Cold War.

"The way to come to here was not easy," Kim said, sitting at a table with Trump. "The old prejudices and practices worked as obstacles on our way forward, but we overcame all of them and we are here today."

Stocks fluctuated through the morning and by the break Tokyo was up 0.3%, while Sydney rose 0.2%.

"After quickly shrugging off the G7 fight club in Quebec, investors latched on to the air of optimism circulating from the Singapore summit," said Stephen Innes, head of Asia-Pacific trading at OANDA.

"And with pro-euro signals emanating from the newly formed Italian government placating investors anxiety about the future of the eurozone, the global risk was in the happy zone on Monday."

While the Trump-Kim summit is the big news story, traders are keenly awaiting the Fed and ECB policy meetings. The US bank is expected to lift interest rates on Wednesday, but its post-meeting statement will be closely watched for a clue about its plans for future hikes.

Then on Thursday, European bank officials will likely debate for the first time cutting back on their crisis-era stimulus programme.

The euro rallied on Monday on the back of comments from new Italian Finance Minister Giovanni Tria ruling out an Italian exit from the single currency. That eased concerns about his populist, Eurosceptic government's intentions regarding the currency bloc.

However, the single currency dropped slightly in Asia, while the pound was also under pressure as British MPs prepare to vote on a string of amendments to key Brexit legislation that could force Prime Minister Theresa May's hand in talks with the European Union.

* Sign up to Fin24's top news in your inbox: SUBSCRIBE TO FIN24 NEWSLETTER
We live in a world where facts and fiction get blurred
In times of uncertainty you need journalism you can trust. For only R75 per month, you have access to a world of in-depth analyses, investigative journalism, top opinions and a range of features. Journalism strengthens democracy. Invest in the future today.
Subscribe to News24
Related Links
Asian traders cautious after G7 debacle, eyes on Trump-Kim summit
Asian markets head into weekend with losses as G7 looms
Asian markets mostly up as world rally extends, eyes on G7
Next on Fin24
US stocks climb at open as stimulus deadline nears