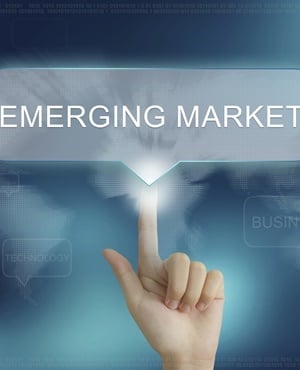 Emerging markets are already contending with US-China trade tensions, policy tightening in developed countries and a resurgent dollar. So any sudden rebound in oil prices would be exactly what they don’t need right now.

But that may be what they get as the year draws to an end. Oil jumped as much as 1.8% on Monday after Saudi Arabia said OPEC and its allies should reverse about half the increase in output they made earlier this year as fears of shortages are supplanted by concerns about oversupply. Oil futures in New York ended the day 0.4% lower and was down a further 1.4% as of 06:06 in London.

With the ascendant dollar keeping many currencies on the back foot, a turnaround for oil would further fuel inflation in the crude-buying emerging markets, raising import bills and forcing central banks to further tighten monetary policy. It would also weigh on global growth, hitting even those countries that export oil.

Nigel Rendell, a London-based senior analyst at Medley Global Advisors: “It creates a double whammy for many EM policy makers - even more of a weaker local currency is now required to buy what has become a higher dollar oil price. The pass-through of a rising oil price to domestic consumer prices tends to be fairly quick and direct. Plus, of course, there are second-round effects, through rising transport costs. Central bankers ignoring a higher oil price do so at their peril, as it can easily become the catalyst to permanently higher inflation expectations and missed inflation targets”.

Delphine Arrighi, a money manager at Merian Global Investors in London: “Rising oil prices would more likely add to concerns over already weakening global growth. We’ve seen oil prices rising for the better part of the year, which has put pressure on the currencies of oil importers, like India or Turkey. But oil producers have not seen much appreciation in their currencies, despite improving terms of trade, as fears of a trade war leading to a global growth-slowdown have weighed on sentiment more”.

Christopher Shiells, a London-based emerging-markets analyst at Informa Global Markets Ltd:“For those emerging markets that run large external imbalances and import oil, it is another reason to be wary especially as higher oil prices are not being driven by strong global growth”.

Jakob Christensen, an analyst at Danske Bank A/S:“The combination of a stronger dollar and rising oil prices will create pressures, especially on those emerging markets that are oil importers and have large refinancing needs like Turkey, Argentina, India and South Africa”.

Anders Faergemann, a London-based fund manager at PineBridge Investments:“EM is less sensitive to oil-price fluctuations now compared to history. Individual countries are still vulnerable to oil price fluctuations but, for instance, the universe of corporate issuers is less concentrated in energy names than perceived by investors. In reality, the energy sector is approximately 15% of the benchmark CEMBI Broad Diversified index”.

Anastasia Levashova, a fund manager at Blackfriars Asset Management in London:“I don’t think oil prices will rise. Despite the US putting sanctions on Iran on November 4, the oil price actually dropped, so clearly the market thinks that there will be no shortage of oil in coming months. Moreover, OPEC+ are talking about cuts as they think oil can go lower, so I think worries about oil spiking higher are a bit exaggerated”.

We live in a world where facts and fiction get blurred
In times of uncertainty you need journalism you can trust. For only R75 per month, you have access to a world of in-depth analyses, investigative journalism, top opinions and a range of features. Journalism strengthens democracy. Invest in the future today.
Subscribe to News24
Related Links
Emerging Markets give up gains after midterms, Fed rates decision
Oil looms over emerging markets as US-China trade hopes dim
What is good for emerging markets is good for the rand, SA equities
Next on Fin24
European stocks flatten after lockdown-driven rout