Global equities took a beating Friday as China-US tensions intensified, while stalled stimulus talks in Washington fueled fears for the economy as the dollar fell further.

Lingering worries about the impact on businesses of fresh coronavirus outbreaks helped trigger major profit-taking, overshadowing a batch of bright data in Europe.

European indices were as much as two percent lower at the close, while Wall Street stocks suffered a second straight session in the red.

Earlier in Asia, Shanghai and Hong Kong dived as relations between the world's two superpowers took another bad turn when China ordered the closure of the American consulate in Chengdu in retaliation for the United States shuttering Beijing's diplomatic mission in Houston this week.

The standoff is the latest in a string of issues - including Hong Kong, coronavirus and Huawei - that have dramatically worsened relations between the superpowers.

Stock markets were also still reeling from Thursday's report of a rise in new jobless claims in the US, which prompted doubts about any ongoing economic rebound there, traders reported.

Hopes that the data would spur US lawmakers to push on with fresh stimulus measures were undermined by the inability of Republicans and the White House to agree on a new relief proposal.

Haven asset gold meanwhile jumped within spitting distance of $1 900 for the first time since late 2011, boosted by economic uncertainty, geopolitical tensions and Federal Reserve monetary easing that has weakened the dollar.

The greenback continued its retreat against the euro and other currencies and could be poised for further weakness, said BK Asset Management's Kathy Lien.

The currency could be in for more volatility next week with the expiration of US supplemental unemployment benefits, the release of second-quarter GDP figures and a Federal Reserve monetary policy meeting, Lien said.

A surprisingly bad GDP figure "could send equities and currencies plunging lower," while Fed Chair Jerome Powell is expected to continue to adopt a dovish line.

"The big question is negative rates - any mention of that being an option will be bruising for the dollar," Lien said. "Regardless, we expect the greenback to extend its slide before and after the FOMC." 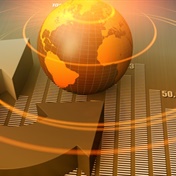 See all newsletters
Voting Booth
Do you think it was a good idea for the government to approach the IMF for a $4.3 billion loan to fight Covid-19?
Please select an option Oops! Something went wrong, please try again later.
Yes. We need the money.
11% - 988 votes
It depends on how the funds are used.
74% - 6580 votes
No. We should have gotten the loan elsewhere.
15% - 1376 votes
Previous Results
Covid-19 Money Hub
Covid-19 Money Hub - answering your business and money questions during the crisis