Rand crashes through R15/$ as Trump lashes out, and China says it won’t play ‘Game of Thrones’

On Wednesday, the rand traded on the wrong side of R15/$ for the first time in three weeks amid growing concern about conflict between the US and China.

“Hopefully we can reach an agreement that will be beneficial for both countries,” Trump said. “As I have made very clear, I will not accept a bad deal.”

“China has no intention to play a 'Game of Thrones', or in other words, seek hegemony on the world stage,” Wang said, according to the Xinhua report.

He added that some in the US was hyping a so-called "shift of international power" towards China. “Such a claim is a strategic misjudgement about China and reflects a lack of self-confidence.”

In a world confronted with more and more challenges, no country can do well in isolation or fix all the problems single-handedly, Wang said, Xinhua reported.

The markets now hold little hope of a trade agreement when the US and China meet next week.

Investors are also worried about political turmoil in the US as the Democratic Party established an impeachment inquiry into allegations that Trump pressured Ukraine’s president to investigate his political opponent, presidential candidate Joe Biden.

As investors grew wary about the risks in the market, they moved away from emerging markets, which left the rand and other currencies exposed.

Related Links
SA's economy enters 70th month of downward cycle
Sibanye: Thousands of Marikana workers will be retrenched
'Moyo's lawyer is not the judge.' Old Mutual insists it isn't in contempt of court
Share
Next on Fin24
Stock markets surge, pound in focus 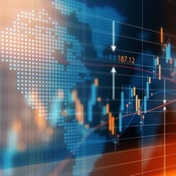