Global equities took a beating Friday on intensifying China-US tensions while a worse-than-forecast US jobs report and stalled stimulus talks in Washington fuelled fears about the economic recovery, despite a batch of bright data in Europe.

The losses come at the end of another tough week for markets, which have shown signs of stuttering after a months-long rally from their March trough.

In Europe, Frankfurt stocks lost 1.5% and Paris shed 1.1%, despite figures showing that eurozone business activity growth was the strongest in two years in July.

London shed 0.9% ahead of the weekend, with losses capped by upbeat numbers showing an uptick in business activity - and another rebound in retail sales.

But in Asia, Shanghai and Hong Kong dived Friday as relations between the world's two superpowers took another bad turn when China ordered the closure of the US consulate in Chengdu in retaliation for America shuttering Beijing's diplomatic mission in Houston this week.

The standoff is the latest in a string of issues - including Hong Kong, coronavirus and Huawei - that have plunged relations between the superpowers into crisis.

"Spooking investors was heightened tensions between Asia and North America whereby China ordered the US to close one of its consulates in Chengdu.

"Adding to the market woes was data showing the first weekly rise in new US unemployment claims in almost four months, dampening hopes of a quick economic recovery from the pandemic."

Markets were already in the red following a steep drop on Wall Street sparked by news that 1.4 million Americans applied for jobless benefits last week, the first week-on-week rise since the start of the crisis.

The news came as several states around the country were forced to reimpose containment measures soon after reopening from lockdown, forcing some to close bars, restaurants and other businesses key to the economy.

Weak data could spur US lawmakers to push on with fresh stimulus measures as their previous multi-trillion-dollar package comes to an end soon, economists say.

But Republicans and the White House have been unable to reach an agreement on their $1 trillion proposal, with the two still at odds over the $600 weekly unemployment benefits, which are drawn by 30 million people but run out this month.

Even once that is passed, they must then haggle with Democrats, who have already prepared their own $3.5-trillion plan, all the while with the August recess approaching.

Haven asset gold meanwhile jumped within spitting distance of $1 900 for the first time since late 2011, boosted by economic uncertainty, geopolitical tensions and Federal Reserve monetary easing that has weakened the dollar.

Oil staged a rebound after tanking Thursday by more than 2% on energy demand worries. 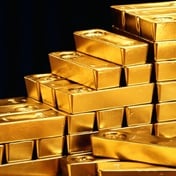