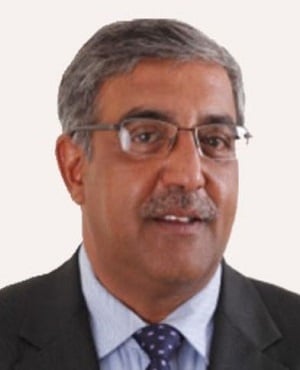 The Credit ombud, Nicky Lala-Mohan, has been fired after the institution found him guilty of "financial misconduct" to the value of more than R850,000.

The chairperson of the Credit Ombud Council, Tefo Raditapole laid criminal charges against Lala-Mohan at the Linden police station on Tuesday.

Last month, Lala-Mohan was placed under “pre-cautionary suspension” and at a disciplinary hearing, was found guilty of financial misconduct.

He was dismissed on Monday.

Lala-Mohan told Netwerk24 on Thursday that he is currently hospitalised and that the disciplinary hearing took place in his absence. He did not want to comment on the allegations of financial misconduct.

The ombud’s office  has to resolve complaints where consumers and businesses are negatively impacted by credit bureau information or when a consumer has a dispute with a credit provider.

Lala-Mohan, who previously headed the Credit Ombud’s Council, was appointed in November 2015. He held various positions within Standard Bank and he was with the Banking Association SA for 11 years.

Recently, the association decided to refer all credit bureau related complaints involving banks to the Ombudsman for Banking Services from the start of this month. In the past, these queries were adjudicated by the credit ombud.

Related Links
50 companies blacklisted after EOH finds almost R1bn in fake work and overbilling
Pretoria attorneys found negligent after they paid R1.7m into a fake account
Shoplifting is on the decline in SA - down by a third over the past decade
Share
Next on Fin24
Credit ombud suspended as a ‘precaution’

See all newsletters
Voting Booth
How has Covid-19 impacted your financial position?
Please select an option Oops! Something went wrong, please try again later.
I'm not really directly affected
18% - 2056 votes
I am taking a hit, but should be able to recover in the next year
23% - 2669 votes
My finances have been devastated
35% - 4008 votes
It's still too early to know what the full effect will be
25% - 2878 votes
Previous Results
Covid-19 Money Hub
Covid-19 Money Hub - answering your business and money questions during the crisis