Can I claim for phone, 3G and travelling expenses? 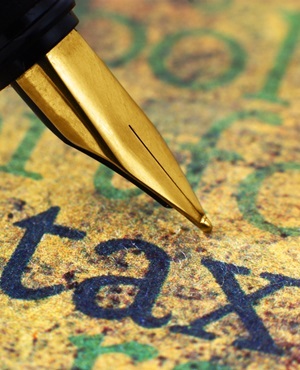 Cape Town - To help make the filing process as seamless as possible Fin24 has joined forces with the SA Institute of Tax Professionals (SAIT), to answer users' tax questions as far as possible.

User question: I worked for a company until July 2015 as a salaried employee and earned among others a travel allowance. I was retrenched and continued working for them for 2 months at a fixed rate and have subsequently worked for another approximately 4 weeks on an ad-hoc basis and I was paid an hourly rate.

I also worked for a different company as an independent contractor for 3 months. They outsourced me to a 3rd company where I did the actual consulting work.

I want to claim costs such as mobile phone and 3G as well as travelling costs – will I be able to do that? I also know that I can claim against my traveling allowance when I was employed as long as I have a log book. Can I claim my mileage when I was working as a consultant?

The Income Tax Act prohibits an individual from making certain deductions if the expenditure relates to any employment of, or office held by, any person in respect of which he or she derives any remuneration (as defined in the Act).

This prohibition doesn’t apply if the person is “an agent or representative whose remuneration is normally derived mainly in the form of commissions based on his or her sales or the turnover attributable to him or her”.

It would apply to the rental of the mobile phone and the 3G expense.

You are correct that the reduction of the travel allowance will only be made if you can provide a logbook in support of the business travel.

When the income is derived from an independent trade (commonly referred to as being derived as an independent contractor) the above limitation doesn’t apply.  A deduction will then be permitted if it meets the requirements of the Income Tax Act.

The deductions must be based on actual expenses incurred and, where applicable, an adjustment must be made to account for private use (of the phone) or private travel.

* Have a question? Send it to us and we will find an expert to answer.

PLEASE NOTE: The important deadline dates in the 2015 tax season are:

Can interns claim for travel expenses?

What to do when tax docs burn

Expat receiving pension from SA: Do I pay tax?

What are the limits on claiming travel expenses?

Can I claim for using my own car for work?

Temp teaching for 6 months, must she pay tax?

Working in Saudi, do I also pay tax in SA?

Can I claim for travel expenses?

Tax filing: No financial records yet, what now?

Filing returns for an education trust

Related Links
Tax free savings explained
Can I claim for using my own car for work?
Taxpayers warned it's open season for scammers
Share
Next on Fin24
Advice for mom whose son gets paid via her account

See all newsletters
Voting Booth
How has Covid-19 impacted your financial position?
Please select an option Oops! Something went wrong, please try again later.
I'm not really directly affected
18% - 2013 votes
I am taking a hit, but should be able to recover in the next year
23% - 2632 votes
My finances have been devastated
35% - 3944 votes
It's still too early to know what the full effect will be
25% - 2824 votes
Previous Results
Covid-19 Money Hub
Covid-19 Money Hub - answering your business and money questions during the crisis