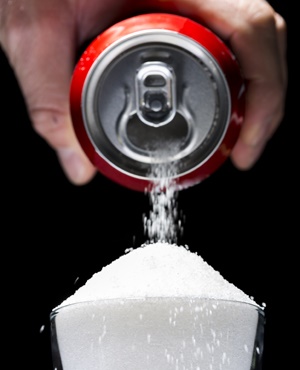 Johannesburg – Consumer education to raise awareness on the sugar content in sugar-sweetened beverages (SSBs) may be a more effective solution than the proposed 20% tax, says Patrick Masobe, CEO of Agility Health.

In an opinion piece, Masobe has explained that a broad based approach should be taken to tackle lifestyle related diseases.

“It would be naïve to look at tax on SSBs as a golden elixir to fix the problem of growing rates of NCDs [non-communicable diseases],” said Masobe. He explained that the tax was not structured in a way to be levied according to the volume of sugar or calorific sweetener in each beverage.

This means drinks containing less sugar would be taxed less relative to those with high sugar contents.

This approach would promote more awareness of the calorie value of certain drinks, and help consumers make informed decisions. Instead tax is levied as a percent of the price per litre or unit.

“The proposed tax also presents an opportunity for beverage industry players to reconsider the volume of sugar in their products,” he said.

“If the health of their consumers was not imperative enough, perhaps such a tax could encourage the industry to moderate the amount of sugar in certain drinks.”

Masobe added that multinationals have diversified their product offerings to include sugar-free drinks and mineral water, which will not be affected by the tax. “People are unlikely to stop buying sugar-sweetened drinks, but this tax help people to think more seriously about moderating their consumption and making healthier choices,” he said.

Health conditions related to high blood glucose levels is a national problem, said Masobe. And more low and middle-income countries are experiencing a rapid increase in the rate of diabetes and other NCDs than wealthier nations.

The World Health Organisation has suggested that obesity and related conditions account for up to a fifth of global healthcare spending. Lifestyle diseases cost South Africa’s GDP $1.88bn between 2006 and 2015.

Many citizens are affected due to their healthy diets and lack of exercise. This impacts productivity as consumers have to take sick leave from work. Further employees perform “less optimally” due to the symptoms of their conditions, he explained.

ALSO READ: Sugar tax could cause over 70 000 job losses - report

He reiterated that tackling the problem of NCDs was a national and regional development imperative.

“We cannot expect a tax on sugary drinks on its own to solve this growing health problem, but with far reaching, and sustainable strategies we can work towards improving the health and prosperity of our nation,” he said.

*Patrick Masobe (MSc Economics) is chief executive officer of Agility Health and was the founding chief executive officer of the Council for Medical Schemes. He also served as chairman of the finance task team of the Health Ministry’s Advisory Committee in 2009, and as chairman of the Health Systems Trust’s Board of Trustees, between 2004 and 2006.

Related Links
Sugar tax could cause over 70 000 job losses - report
Sugar tax flaws – ‘Mathematical model’ based on speculation, assumption
Sugar tax is actually a stealth tax, claims IRR
Share
Next on Fin24
EXPLAINER: Can I claim tax deductions because I'm working from home?