Pleading for leniency, Eskom wants to cut emissions by 2035 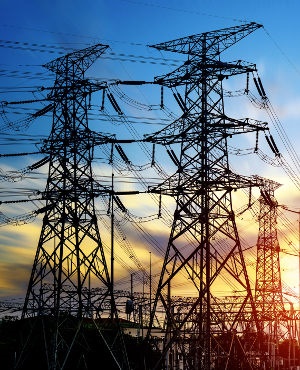 Power utility Eskom said it will slash emissions of three major pollutants by 2035 while it asks for exemptions to incoming standards to avoid as much as R37bn in expenditure.

The state-owned utility projected that by 2035, as plants reach the end of their life, it will reduce its particulate matter emissions by 58%, its sulfur dioxide by 66% and its nitrogen dioxide by 46%, according to submissions to the regulator seeking exemptions for some of its plants.

It also says it would need to spend between R15bn and R26bn reducing sulfur dioxide pollution at its Matimba plant. Eskom is saddled with as much as R454bn in debt.

Emissions of particulate matter, which cause respiratory diseases, are already at a 20-year-high since equipment at the utility's Kendal plant was damaged during a strike.

While independent studies allege that Eskom's pollution kills about 2,000 people in South Africa a year, the company puts the number at 320. Environmentalists have taken the government to court over its failure to rein in emissions from the utility.

While it has already opened its proposal to not install pollution-abatement equipment at Matimba for public comment, as well as a proposal to delay compliance at its Medupi plant, it said it will soon open the proposals for Grootvlei, Port Rex and Acacia.

It's also pushing for a nitrogen dioxide limit of 1100 milligrams per normal cubic meter, above the 750 milligram limit.

For Port Rex, it wants a limit of 75 milligrams of nitrogen dioxide for normal cubic meter, above the 50 milligram limit, and 600 milligrams for Acacia.

Port Rex and Acacia have a generation capacity of 171 megawatts each, and Grootvlei can produce 1200 megawatts. Port Rex is in the Eastern Cape, Acacia is near Cape Town and Grootvlei is near Balfour in Mpumalanga Province.

We live in a world where facts and fiction get blurred
In times of uncertainty you need journalism you can trust. For only R75 per month, you have access to a world of in-depth analyses, investigative journalism, top opinions and a range of features. Journalism strengthens democracy. Invest in the future today.
Subscribe to News24
Related Links
Eskom announces stage two loadshedding from Wednesday evening to Thursday morning
POWER UPDATE: High risk of load shedding on Wednesday evening
Blame tariffs, not state capture, says Eskom, as court battle with regulator looms
Next on Fin24
Growthpoint CEO: Rising rates the biggest threat to commercial property