There is 'absolutely zero' in govt's kitty for bailouts, including at SAA - Mthembu Government does not have money to bail out state-owned enterprises like national carrier South African Airways, but that does not mean workers are not allowed to go on strike for higher wages, Minister in the Presidency Jackson Mthembu has said.

The minister on Thursday briefed media on the outcomes of Cabinet's meeting this week. Cabinet has appealed to all parties involved in the industrial action to work together in finding solutions that are in the best interests of the country, Mthembu said.

"Whilst the Constitution of the Republic of South Africa of 1996 provides for the right of workers to withhold their labour, we do however caution against irresponsible public utterances and threats to the safety of passengers of their families during this time," he said.

Mthembu was referring to remarks by trade union National Unions of Metalworkers of South Africa spokesperson Phakamile Hlubi-Majola, who at a media briefing on Sunday said that SAA flights posed a safety risk. SAA has hit back at the claim and assured the public that its flights are safe. It plans to take legal action over the utterances, it added.

Public Enterprises Minister Pravin Gordhan told Parliament's portfolio committee on public enterprises at a meeting on Wednesday that the statement on safety risks is a "lie" and damaging to the airline, calling on Parliament to condemn them.

Gordhan also said that while workers are striking for higher wages, the airline might not be able to pay salaries this month, and even if a wage agreement is reached, there is no money to make immediate payments.

Mthembu reiterated these views at the Thursday briefing. Mthembu said, regardless of the strike, the SA economy is not doing well and the state has no money.

"We have no money to continue bailing out entities, including SAA. We have bailed out SAA quite a few times. We do not have money. It has nothing to do with the strike - that is factual," he said.

Mthembu emphasised that there is no money to bail out Eskom, Denel or the SABC.

"There is absolutely zero in the kitty of government. Government has no money whatsoever. That does not stop workers from saying, 'we want a better deal,'" he said.

Mthembu added that once a settlement is reached between workers and SAA, the next hurdle will be deciding when they can get their increases.

In the medium term budget policy statement, Treasury said government would pay off SAA's R9.2bn legacy debt over a period of three years. 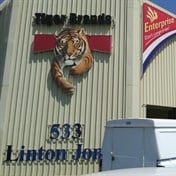