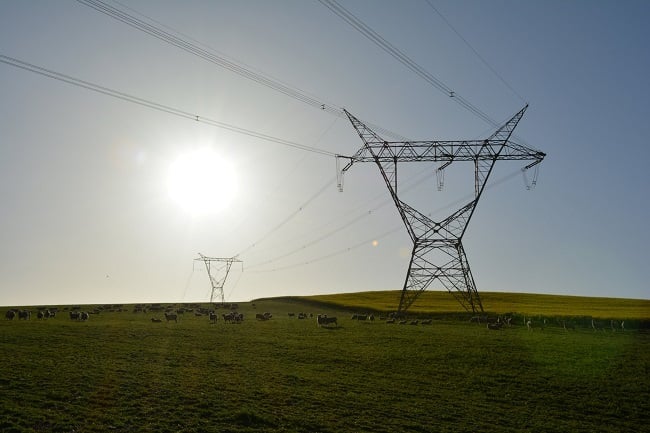 Eskom is peering into an abyss. Its second batch of diesel is expected to run out at the end of January 2023, write Mariam Isa and Chris Yelland of EE Business Intelligence.

Eskom is living hand-to-mouth in its efforts to obtain the diesel needed to continue running its open-cycle gas turbines (OCGTs), which, in the face of prolonged power generation outages, is the only way the utility can stave off severe and ongoing curtailment of South Africa’s electricity supply.

In the past two years, Eskom has been forced to rely increasingly on the OCGTs – which were intended only for dire emergencies or use during peak demand periods – because of a steadily increasing number of breakdowns within its ageing coal-fired power fleet. In the past few months, the OCGTs have become essential in the face of the loss of 4 500MW of generation capacity due to problems at Medupi and Kusile, Eskom’s two newest coal-fired power plants, and an life-extension refurbishment at Koeberg, its nuclear power station.

Eskom chief operating officer Jan Oberholzer says this combined outage equates to about five stages of load shedding. Kusile Units 1, 2, 3 and 5 – which account for nearly 3 000MW of the amount – will be unavailable until the end of this year, he told EE Business Intelligence. The complex life-extension of Units 1 and 2 at Koeberg will only be complete by March 2024, if all goes well. Medupi Unit 4 is only scheduled for return-to-service by September 2024 following a hydrogen explosion in August 2021.

When you add this large, combined outage to the country’s existing power generation gap of 4 000MW to 6 000MW declared by Eskom more than three years ago – which has still not been addressed – it is clear that South Africa is teetering on the edge of an electricity emergency.

Eskom’s management team drew the ire of government in November 2022 when it declared that the utility had run out of diesel and could not afford to buy more, having spent roughly double the R6 billion diesel budget for the financial year ending 31 March 2023.

When no further funds from Treasury materialised, Eskom chief financial officer Calib Cassim managed to scrape together R1.5 billion intended for other purposes from his budget for the remainder of the year, to immediately buy 50 million litres of diesel from PetroSA. That provided enough diesel to keep the OCGTs running as needed through December 2022. As the fuel ran out, Cassim came up with yet another R1.5 billion from Eskom’s coffers for a further 50.4 million litres of diesel. According to Oberholzer, this should last until the end of January 2023.

"From an operational point of view, I can tell you we need diesel," he told EE Business Intelligence. "We need at least – and this is based on certain assumptions – an additional 200 million litres of diesel to take us towards the end of March 2023. It may be less and it may be even more, it all depends on what’s going to happen in respect of unplanned breakdowns. This is the best assumption we have, based on the outlook ahead," he said.

Cassim says that this would cost Eskom another R6 billion. When added to the eleventh hour R3 billion which he has just coughed up, and the previous diesel spend of about R12 billion, the utility’s diesel spend for the full financial year 2022/23 will amount to about R21 billion. This is much more than double that of the 2021/22 financial year, when Eskom spent R8 billion on diesel. It is easy to see that government is very upset by the financial and political consequences, as finance minister Enoch Godongwana declared in Davos on 16 January 2023 that "I don’t think Eskom has a diesel problem, I think it has a management problem".

The cost impact of load shedding

But despite the prohibitive cost of diesel, there is widespread consensus that the burden of severe load shedding on the economy is much higher.

Estimates vary widely. However, based on 11 797GWh (gigawatt hours) of unserved electricity in the 2022 calendar year calculated from load shedding data from EskomSePush, and a very low assumption of R10/kWh for unserved energy suggested by Eskom, the total cost to the economy during the year would have been R115 billion. This very conservative estimate does not account for the longer-term impacts of lost opportunities caused by extended load shedding on business, industry, agriculture and investment generally – and the money spent by households, business and industry on backup power systems.

Taking this into account, the cost of unserved electricity is likely to be much higher. At R50/kWh or even R85/kWh (if a study by the CSIR is anything to go by), the cost to the economy in 2022 would be more like R590 billion or R1 000 billion respectively.

The worst-case scenarios began to rear their head when Eskom was forced to implement Stage 6 load shedding on 11 January 2023 after 11 generation units unexpectedly broke down, taking the total amount of generation capacity offline to more than half of its installed capacity of about 46 000MW. The load factor for Eskom’s OCGTs shot up to 48% at that time – meaning they were running flat out for about twelve hours of the day – and this is what enabled South Africa to avert crippling Stage 8 load shedding for the first time.

There are growing suggestions within the ANC that Eskom is deliberately implementing load shedding to scupper the ruling party’s chances in the 2024 national election.

This is reinforced by utterances from Minerals and Energy Minister Gwede Mantashe, who has claimed that Eskom is allowing more than 20 000MW of installed generation capacity to "stand idle".

In reality, Eskom’s system operator implements load shedding to balance supply and demand on the grid, in order to avert a national blackout. The risk of this catastrophe is still seen as slim – provided that Eskom has enough diesel for the OCGTs, as well as other emergency levers at the disposal of the system operator. Eskom’s own OCGT power plants – Ankerlig and Gourikwa – can generate up to 2 067MW of power, which mitigates two stages of load shedding. There are also two further OCGT power plants – Dedisa and Avon – owned and operated by independent power producers (IPPs), which can generate 1 005MW to avert a further one stage of load shedding.

The IPP OCGTs are not part of Eskom’s diesel headache as they buy their own fuel. A look at the load factor trend for Eskom’s OCGT usage over the past year tells the whole story. In financial year 2021/2022 it averaged 7%, and in the year to date it stands at 14%, according to Cassim. This compares with an OCGT usage load factor of just 6% factored into Eskom’s latest electricity tariff approved by Nersa for the 2023/24 financial year starting 1 April 2023.

The diesel outlook ahead

Now, once again, Eskom is peering into an abyss. Its second batch of diesel is expected to run out at the end of January 2023, and the Eskom board is looking at ways of coming up with the cash to keep the OCGTs running until the start of the new financial year on 1 April 2023. "We now need to find cash somewhere, and as soon as possible. We have been given some actions that we are actively and urgently pursuing to see how we can obtain money to deal with this challenge of not being able to run the OCGTs," Oberholzer said.

But none of the options on the table looks like quick fixes. One option would be to receive some of the arrear debt of more than R50 billion which Eskom is currently owed by municipalities. Another would be the receipt of a hefty diesel tax rebate claimed from the South African Revenue Service (SARS), which Eskom’s financials show as just over R3 billion for the year ending 31 March 2022.

In terms of an amendment to Section 75 of the Customs and Excise Act, from 3 August 2022 Eskom is allowed Fuel and Road Accident Fund levy rebates totalling R4.04/litre of diesel used for power generation. From estimates of diesel fuel burned in Eskom’s OCGTs, this R3 billion could therefore easily have risen very substantially.

However, the diesel fuel rebates anticipated by Eskom have been disputed by SARS for more than a year, and the clock is ticking.

Oberholzer maintains that Eskom has no problems in sourcing diesel, although it is largely all imported, and South Africa has no official strategic reserves. The country as a whole uses between 12 to 14 billion litres of diesel a year, and at a load factor of 15%, the diesel used by the OCGTs operated by both Eskom and the IPPs would amount to about 1.13 billion litres – less than 10% of the total.

Chris Yelland and Mariam Isa are with EE Business Intelligence. News24 encourages freedom of speech and the expression of diverse views. The views of columnists published on News24 are therefore their own and do not necessarily represent the views of News24.