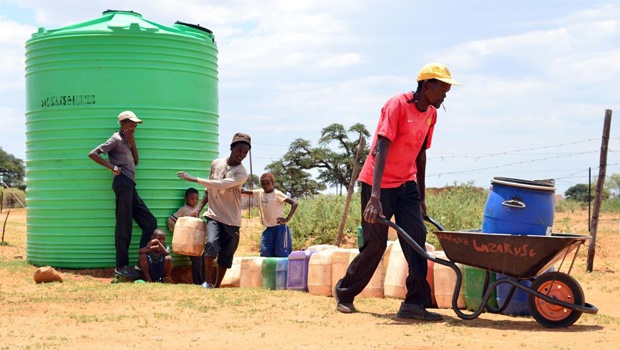 Residents of Setlagole village in Ratlou Local Municipality, North West, braving the scorching hot sun as they queue for water at a tank, which is filled by state-supplied trucks.
Mathews Lonkokile

There isn't much to analyse about a municipality that has received so many adverse and disclaimer audit opinions. Because it cannot merely be owing to noncompliance with the PFMA and financial reporting prescripts. It's simply anarchy, says Bafo Khanyeza.

Taps don't just run dry. Sewage doesn't just run down the streets, passing through residents' homes. Infrastructure projects don't just get abandoned. A car doesn't just hit a pothole in the middle of town. And garbage don't just not get collected for weeks. It all begins with poor governance or corruption, and the dismal Municipal Finance Management Act (MFMA) 2020 audit outcomes bear testimony to that.

Could the Finance Ministry have intervened? Surely it could and should have intervened. Even if there wasn't legislation that was going to tackle this problem, the Finance Ministry through the National Treasury has the duty and power to enforce and promote transparent and efficient use of resources in terms of the Public Finance Management Act (PFMA) section 6(g). Meaning even if there was no legislation addressing corruption, National Treasury could and should have commissioned a research study that would have formed the foundation for any necessary legislative amendments. Even the Draft Procurement Bill that has recently been put out for public's comment has no clauses that even try to address oversight and accountability.

Support independent journalism
Subscribe to News24 for just R75 per month to read all our investigative and in-depth journalism. You can cancel any time.
Subscribe
Already a subscriber? Sign in
Next on Fin24
OPINION | Umrhabulo - 3 ways young people are driving SA's economic recovery