How Africa can leapfrog to new competitiveness

ACCORDING to the 2016 African Economic Outlook, over half of Africa will be living in cities by 2050, yet two-thirds of the infrastructure needed for African cities by that time has not yet been built. Policymakers are under pressure to ensure that this rapid expansion does not result in enormous, unsustainable slums, but rather in development, opportunity and growth.

Naturally, this is easier said than done. While Africa is urbanising apace (it has moved from 14% in 1950 to 40% today) and has one of the fastest growing – and youngest – populations in the world, this has not yet translated into proportional economic development. Africa remains the poorest continent on earth, home to 75% of the world’s poorest countries.

Changing this will require investment and ingenuity. On average, the African Economic Outlook estimates that African countries will need to spend up to 7% of GDP – or at least $100bn each year – on public infrastructure, if they are to avoid disaster.

Tax revenue in many African countries remains low, so aside from tax reforms, foreign direct investment is going to be essential. This means that making African cities more attractive places for investment and innovation must be a priority for policy makers. And it starts with putting people first.

The success of cities is ultimately about people, says the Centre for Development Enterprise (CDE) in its Growth Agenda series. City administrators and policy makers must work to provide the infrastructure and services, not only to provide a better quality of life, which is vital in attracting and keeping people in the cities, but also to create opportunities for economic development.

Creating the conditions where entrepreneurship and innovation can thrive is key. In fact, according to former Washington DC mayor, Anthony Williams, who is credited with turning that city around in the early 2000s when it was facing decline and bankruptcy, tapping into the entrepreneurial zeal that already exists and supporting it better is the chief role of city government.

The Harvard Business Review has argued that the continent is on the cusp of an entrepreneurial boom fuelled in part by the collapse of the commodity boom that has pushed people to invent other ways to survive.

The Global Entrepreneurship Monitor(GEM) report meantime has shown that while the appetite for entrepreneurship is indeed high, too many start-ups still fail before they reach maturity due to lack of support and infrastructure. There is an obvious disjuncture here that policy makers must heed.

Many African cities are moving in the right direction and are positioning themselves as centres of entrepreneurship, technology and research. According to Mark Bradford, writing as part of the World Economic Forum on Africa, the rise of mobile telephony and mobile banking is creating pockets of excellence, with Nairobi – Africa’s “Silicon Savannah” – emerging as a regional powerhouse in mobile technology; Accra is witnessing strong growth in its ICT sector, while Addis Ababa is emerging as a hub for IT start-ups.

A World Bank report, "Competitive cities for jobs and growth: what, who and how" also cites Tangier, Morocco’s third city, which it says has gone from “dormant to dominant” in just over a decade by leveraging its comparative advantages.

The city has regenerated around its old port and now boasts one of Africa’s largest seaports, automotive factories, multiple free trade zones, industrial parks and a thriving tourist industry.

Hand-in-hand with this, the really successful cities of the future will be those who also invest in the development of safe, secure and green environments for their people.

There is a plethora of evidence that green spaces in cities play a key role in boosting health and productivity. And, as the City of Cape Town is currently experiencing as it battles the worst drought in living memory, cities are also fragile places that need to be preparing themselves to be resilient in the face of climate breakdown.

With the right leadership and foresight, the continent can sustain and replicate its successes, learn from others and leapfrog to new competitiveness. The scope is large for new, wide-ranging urban policies to turn African cities and towns into engines of sustainable structural transformation.

We have the appetite, the technology and even, if we play our cards right, the investment potential. As the World Economic Forum has pointed out: “Business leaders are hungry for vibrant new markets and consumers know the reality: globalisation means there are too few remaining frontiers.”

Really, the continent does not have a choice in the matter. If we want to grow and develop, cities will play a key role. As the CDE Growth Agenda series points out, cities produce more than 80% of global economic output.

Africa needs to embrace its urban future and make sure that we build it on own terms!

We live in a world where facts and fiction get blurred
In times of uncertainty you need journalism you can trust. For only R75 per month, you have access to a world of in-depth analyses, investigative journalism, top opinions and a range of features. Journalism strengthens democracy. Invest in the future today.
Subscribe to News24
Related Links
Africa's energy sector heavily impacted by economic crime - survey
Transparency, timelines crucial for investors in Africa infrastructure
Investment in Africa: Capital will go where it is looked after
Next on Fin24
Bianca Goodson | Mr President, whistleblowers are a weapon against corruption. Look after them 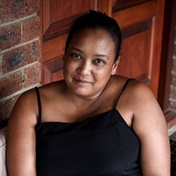