INSIDE LABOUR | When lockdown does more harm than good 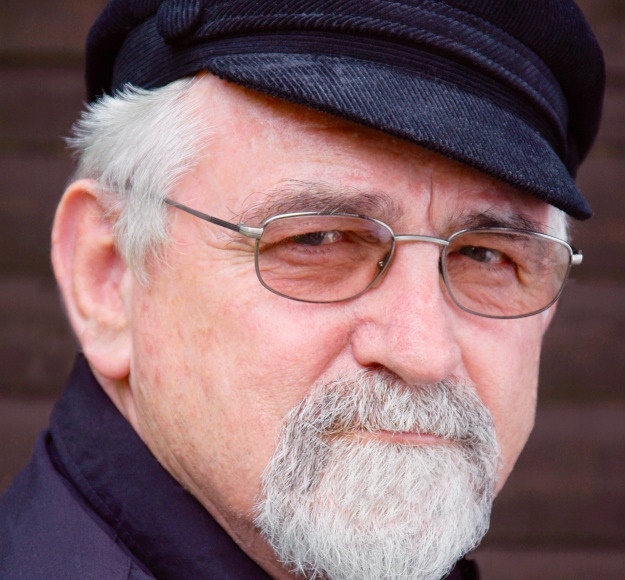 The arrival of Covid-19 opened the door to right-wing political parties and has given some politicians the opportunity to exercise authoritarian tendencies. That is the view of leading Swedish epidemiologist Professor Johan Gieseck.

In an interview last week, he said the existence of the latest coronavirus had enabled politicians to "show decisiveness and strength", and to decide effectively: "Let’s do like the Chinese". This was one of the political consequences of the pandemic.

Gieseck mentioned European countries where, as in Hungary, Viktor Orban had assumed dictatorial powers. However, we, in South Africa, provide a good example with the establishment of the controversial National Coronavirus Command Council (NCCC) and some of the frankly irrational, even bizarre — and probably irresponsible — edicts that have emanated from it.

Especially worrying is the fact that reasons for, and discussions in cabinet about, such decisions have been ruled "secret". And nothing President Cyril Ramaphosa said on Wednesday night, introduced any transparency.

This should concern every democratically inclined citizen and be a particularly worrying for the labour movement, the majority of whose members are the prime victims of the lockdown. Many live in high-density environments in which social distancing regulations make no sense; their hardships are certainly not shared by ministers and highly paid members of parliament or the better paid minority.

I pointed out, six days before the lockdown was announced, that a first-world response would not be appropriate in a country such as ours. I noted that "sanitisers and self-isolation would simply be beyond the capacity of families living "cheek by jowl" in one-room shacks without access to clean water and with grossly inadequate ablution facilities.

On the following Friday one of the world’s toughest lockdowns came into force in South Africa. Yet it was clear that the regulations announced only made sense for those fit, healthy and well-nourished individuals with decent roofs over their heads. They are, in any event, the people likely to survive even if they fall prey to the disease.

Yet even by then, evidence had emerged that this latest coronavirus strain was much less lethal than its recent predecessors, MERS and SARS. It seemed probable that as many as 98% of those who contracted Covid-19 would survive and that a large proportion of these people would not even manifest symptoms.

However, in the cautious world of science, it has been noted that a wholly reliable means of measuring antibodies does not yet exist. But what had become obvious by March was that people seriously at risk were the elderly and those individuals with compromised immune systems.

In the absence of a vaccine, priority should be to protect such vulnerable groups in the same way vaccines to guard against the latest influenza virus are usually given first to the elderly. But such "flu shots" are still not available, certainly in many Western Cape pharmacies, some admitting to have been waiting for more than a month for supplies.

Not giving priority protection to the elderly, especially in areas where they live in large numbers, as in Spain, Italy and even in Sweden, can be dangerous. This lapse resulted in "spikes" of Covid-19 deaths among women and men in old age and nursing homes in those countries.

In countries with poorly resourced health services such as South Africa, and where the virus arrived later, the need was to try to slow down its spread, especially to densely populated areas. Limited or even specifically targeted lockdowns would probably have allowed time to prepare the health service to deal with the inevitable Covid-19 cases.

But instead of carefully planned and scientifically based measures, including perhaps the mass production of masks and their free distribution in high density areas, the government reacted with a draconian lockdown. Accompanying this were apparently irrational decisions such as the ban on the export of wine (rescinded after five weeks). This lost the country an estimate R175 million a week in desperately needed foreign exchange.

However, schools and early childhood development centres were also closed and the lockdown was enforced in high density and rural areas by police and rifle toting soldiers, deployed without parliamentary approval. This ensured that hungry children were instantly deprived of their one meal a day while adult casual labourers and the army of the un and partially employed were stopped, sometimes brutally, from even being able to scavenge to support themselves and their families.

Without the resources and the infrastructure to feed and otherwise ensure the wellbeing of the already poverty-stricken millions, this action seems nothing less than irresponsible. And the police and the army, instead of being employed to aid the population and to encourage adherence even to regulations they may themselves find vague and irrational, have tended to act in a jackboot fashion.

The initial lockdown may have delayed the spread of the virus and allowed the government to prepare additional hospital facilities for an inevitable "spike" in Covid-19 cases. These will almost certainly involve mainly people from poor working class communities where there is a probably high incidence of comorbidity.

But the long-term damage done to children and to the perhaps million or more people driven into joblessness and penury or the millions falling even deeper into abject poverty is incalculable. Economists will, post Covid-19, doubtless put varying figures to the financial losses and to the hurt to the economy, but there will almost certainly be agreement that the extended lockdown, by any measure, probably did more harm than good.

Terry Bell is a Cape Town-based writer, journalist, broadcaster, social activist and sometime teacher. He has catholic interests but specialises in political and economic analysis and labour. Views expressed are his own.

We live in a world where facts and fiction get blurred
In times of uncertainty you need journalism you can trust. For only R75 per month, you have access to a world of in-depth analyses, investigative journalism, top opinions and a range of features. Journalism strengthens democracy. Invest in the future today.
Subscribe to News24
Related Links
Lockdown | 7 in 10 SMEs forced to temporarily close doors
MTN sees surge in data revenue under lockdown as more employees work from home
South Africans’ goodwill wanes in web of lockdown regulations
Next on Fin24
OPINION | Stimulating cities' economies - a key ingredient for recovery