President Cyril Ramaphosa’s undertaking in his stimulus package to restore confidence in the mining sector, after former Mineral Resources Minister Mosebenzi Zwane nearly destroyed it, is a welcome development. South Africa’s economic fortunes have always been linked to mining. Whenever mining boomed, the rest of the economy was in better shape.

Since the discovery of gold and the establishment coal-fired power stations, mining has powered South Africa’s industrialisation. Domestic and international demand for our resources contributed to South Africa’s status as the most developed economy in Africa.

But after serving as an anchor of manufacturing and a pull to international financial capital, pessimists believe the industry has entered a period of decline. The decline of mining coincides with the persistent decline in manufacturing and key associated industries.

Despite Ramaphosa’s commitment, one wouldn’t be surprised if the worst among doomsayers believe the decline of mining is terminal. The continued shedding of jobs is, to many people, the clearest indication of an industry suffering from terminal illness.

The jobs bloodbath headlines are screaming louder, and with worrying regularity. So are the cries of many poor people around the country and members of extended families who depend on sole breadwinners in the mining sector.

Those who have kept their jobs remain uncertain how long they will hold on to them. Responses to the job losses from organised labor and government are equally loud, predictably condemning the trend.

The situation can’t get more scary than the reality of 6.1 million unemployed, with about 60% of these being young people. The continued, long-term decline of mining’s contribution to the country’s Gross Domestic Product is usually cited as another indicator of a sector that needs intensive care.

Some would add another indicator of an industry beset with intractable problems: regulatory uncertainty and the transformation demands imposed by the new mining charter which is still being finaliSed. There is a strong belief in and outside the sector that the charter, which seeks to get more black people involved in mining from operations at senior level to ownership, would discourage investors.

There is, of course, merit in this argument if government is perceived to be wanting to keep increasing the goal posts of Black Economic Empowerment targets which have to be financed by already skeptical investors.

Uncertainty about government’s future plans is bad for confidence. Zwane didn’t understand this. If uncertainty is a huge factor, it would be hard to find a reasonable number of people oozing with confidence about the future of mining in South Africa. It would be as hard as finding a commercial farmer who is not rattled by the threats of land expropriation without compensation.

South Africa’s mining industry has enormous potential and some of the negativity around it can be converted into wholly positive story.

Yet, it is true that retrenched workers can’t eat potential. Nor can the South African fiscus – which for years enjoyed good tax income from mining – rely on potential.

The potential has to be turned into reality. This means turning the negative energy in the sector around. Almost every conceivable negative factor in the sector can be turned around into a positive one. I digress to mention that I speak from experience: having bought a mine in Zululand, whose future was uncertain and with workers whose jobs were at stake in Zululand, we turned it around and saved jobs in the process. A negative prospect became a positive story.

Whenever I travel around the world, spending sleepless nights in search for markets to supply the coal we produce at Zululand Anthracite Colliery and other mines in Mpumalanga and Gauteng, I think not only about the shareholders who expect their returns, the creditors that we have to repay at handsome rates and the positive multiplier effect mining operation have. I also think about the workers and communities, who are also shareholders, and the fact that we have to protect existing jobs while attempting to create new ones.

More importantly, I worry about the future of our economy and the tendency of negativity to have a snow-balling effect especially because we are a relatively small and open economy as Reserve Bank Governor Lesitja Kganyago often reminds us.

I’m not saying this as a self-congratulatory exercise. The point, however, is that, all of us – business leaders, government, labor and communities – need a strong dose of patriotism to drive our individual and collective actions. We often demonstrate our patriotism in strange and often counter-productive ways that serve only to strangle rather than breath life into our ailing economy. Ramaphosa stressed the importance of rebuilding trust. We must support him.

Patriotism on the part of government could be best illustrated by adopting transformation policies that are reasonable, implementable and are coupled with sound compliance incentives over a long horizon. This would allow better planning especially because mining by its very nature is a long-term risky endeavor.

Any attempt to raise transformation targets in future should be accompanied by tax incentives to ensure compliance. To attract long term investment in a predominantly negative investment climate, you need more carrot and less stick. Preferring the latter, as was the case with Zwane, who once froze the granting of mining rights and arbitrarily close some mines including one operated by my company, could result in a situation where there would be nobody to beat.

Without new investments, we cannot fast-track empowerment. Black entrepreneurs who wish to enter the space would benefit immensely if they participate at the inception of a mining project so that they are part of the growth of a company and can also share in the risk.

Rather than expect free shares or complicated financing that make them beholden to main shareholders, black participants must be supported by development finance institutions and private financial institutions at reasonable rates from the early phases of mine development, including exploration.

Dangling entitlement can destroy entrepreneurial spirit and confidence of budding business people and encourage risk aversion. There is always a danger that fostering attitudes of entitlement could lead to situations where undeserving beneficiaries benefit at the expense of genuine empowerment. There is already a public outcry about the so-called “usual suspects” who are perceived to be monopolizing all empowerment deals. The country’s mineral resources should benefit the economy as a whole, not just a few individuals.

The new mining charter that Mineral Resources Minister Gwede Mantashe has released after a lengthy consultation process with all stakeholders must be enforced over a long time. Constant changes mean businesses and their funders can neither plan for projects nor adequately calculate risks. If there is one thing he needs to consider in the long run is to inject incentives to ensure compliance.

While the mining charter is a long-term transformation policy plan which would require our support for it to succeed, there are many quick wins within the Department of Mineral Resources that can help improve investor confidence. This include dealing with corruption and improving efficiency of the department especially in the regions.

Minister Mantashe has so far made the right commitments. But it’s not enough for him to clean up corruption in the head office and leave the regions to continue with practices that discourage investments. Hardworking and honest employees in these regions are demoralized by a few bad apples.

Lastly, to make sure that potential is converted to reality, the DMR must follow up on those companies that have been granted mining rights to make sure that they convert them into mining operations instead of rendering them sterile. These practical steps are neither complicated nor impossible. So, let’s get down to work to turn the mining industry around and, with it, the whole South African economy.

Bayoglu is managing director of Menar Group, which has operations in KwaZulu-Natal, Mpumalanga and Gauteng. 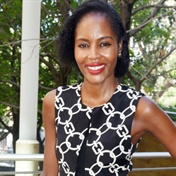