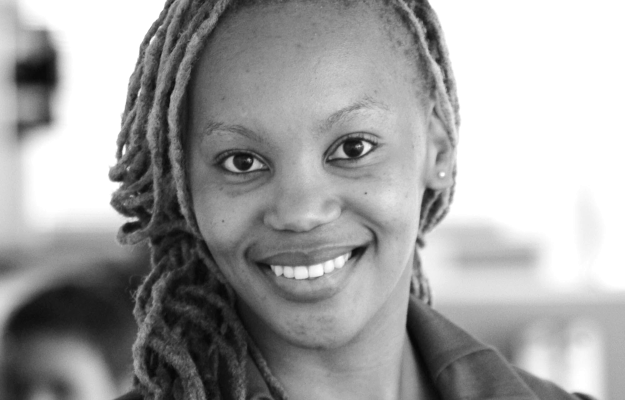 Trump was able to evoke the right emotions of Americans who were concerned about job creation, the wealthy that wanted to become richer and businesses that were impacted by taxes and trade with China, says Nolwandle Mthombeni. Back home, we face some of the same issues.

The US election will likely go down as one of the most highly anticipated outcomes of this year. The various states had millions on the edge of their seats as every TV network broadcasting the election results citing it as too close to call. Even the pollsters ended up with egg on their faces as the blue wave did not materialise as predicted.

What came as a shock to many was the close margin and how, after all the indignities, Trump still has a large following. This, however, should not have come as a surprise. One of my favourite quotes when it comes to explaining human behaviour is, "When somebody shows you their true colours, believe them".

Leading up to Trump's 2016 presidential campaign, the media played its part in revealing the candidate's dark side - from the archive of his Twitter feed to audio recordings of derogatory comments made about women. There were no holds barred. Even as Trump was repeatedly questioned about these utterances by the media, there was never any remorse or apology for his actions. Looking back, voters had a particularly good sense of who they were voting for when they placed their vote behind Trump in 2016.

What came over the next four years was more of the same, and even worse, as racial politics became the source of the great divide. The commander-in-chief not only fuelled the fire by dismissing the plight of minorities, but also appeared to be supportive of the extremist right-wing. The number of outrageous and deplorable actions during his term in office are numerous, however, we already had a sense of his true colours going into the last election. Therefore, when it came to expectations, the focus was misplaced.

We spent so much focus on how bad Trump was and how surely people cannot vote for him, yet we forgot that we were here four years ago making the same argument.

Trump's campaign strategy has been one where he prioritised strengthening support from an existing support base, as opposed to reaching across the aisle to lure Democrats and independents. What we should have been considering ahead of these elections is what would have caused his support base to change their mind about him. I imagine the answer to this would be a complete U-turn and abandonment of certain conservative Republican ideals. Something highly unlikely.

More Republicans voted Trump than any other Republican in the history of American politics. This speaks both to Trump, as well as his support base. The election in 2016 told us that a lack of integrity was not an obstacle to becoming president, as was further evidenced by continued support in his rallies all over the country. There has been a global wave of populism in the past five years, as more polarising political figures emerged. These figures only served to awaken a sleeping beast and they became an outlet for many to voice their innermost thoughts.

Job creation and the need for wealth

Another befitting quote is one by Maya Angelou that says, "I've learned that people will forget what you said, people will forget what you did, but people will never forget how you made them feel". To me, this sums up how many politicians have navigated the current political environment. Trump was able to evoke the right emotions of Americans who were concerned about job creation, the wealthy that wanted to become richer and businesses that were impacted by taxes and trade with China. In this way, Donald Trump garnered support across the spectrum on issues that mattered to Republicans. Trump stuck to the script and gave them more of what they wanted to hear.

The missing element of all this is that there was a part of the population that was marginalised, more "woke", and had not exercised their political prowess through voting.

The emotional scars and shame from the indifference from Trump on the #BlackLivesMatter movement galvanised into a new Democratic force.

When all the protests around racial injustice took place, it was members of the Democratic Party that voiced their outrage. To the highest office, protesters went largely unheard. And people remember how you make them feel. For years there were memes of Joe Biden hugging and touching people and little did we know that this would translate into the benevolent leadership that so many Americans craved.

Bringing it back home, we face many of the same struggles. The outcome of the DA leadership shows similar inward thinking that serves to appease the current support base. Incumbents solidified their support amongst their base, but at a cost that will only be revealed in a few years when South Africans go back to the polls. From the outside, it seems the concerns of people of colour are still not heard by the party leadership. This is an issue that has plagued the party for the last decade and it seems to have worsened in recent years.

The EFF strategy is one that plays on the emotive aspect of South African politics. The party messaging targets those still disadvantaged by apartheid and feel unheard by the ruling party. Supporters have brushed aside the leadership scandals with SARS, and associations with the looting of the VBS. What matters is that despite what the leadership has done, they make them feel heard when they challenge injustice and unfairness in both the private and public sector. EFF echoes the ever-growing leftist voice that has been largely silent since the dawn of our democracy. A democracy that, from the onset, set a tone of unity and peace, lesser on redress.

The ANC finds itself somewhere in the middle. Currently, corruption seems to be the biggest obstacle. Aside from the land expropriation issues, the policies are not so radical that they will alienate thousands of voters - which is the first step to sustaining support. And even though the economy is currently in shambles, the pandemic was handled well enough so that few can say our president does not care about the well-being of all citizens. Having dignified and respected leadership will also go a long way in the next elections.

Going forward, I hope our leaders pay attention to the voices and can make reasonable efforts to make all spheres of society heard. With so many flipped states, the American election was a cry for help. However, this is not unique to the States. All countries should do some introspection and ensure they are not only securing the votes through policy implementation, but also maintaining benevolent leadership. In a world of increasing polarising political environments, it is becoming more important to work towards creating a purple wall, as opposed to either red or blue.

- Nolwandle Mthombeni is an analyst at Mergence Investment Managers. Views expressed are her own.

We live in a world where facts and fiction get blurred
In times of uncertainty you need journalism you can trust. For 14 free days, you can have access to a world of in-depth analyses, investigative journalism, top opinions and a range of features. Journalism strengthens democracy. Invest in the future today. Thereafter you will be billed R75 per month. You can cancel anytime and if you cancel within 14 days you won't be billed.
Subscribe to News24
Related Links
European stock markets rally at open after Biden win
US markets set to welcome Biden victory
Hong Kong shares end morning with big gains
Next on Fin24
The tax savings many retirees miss