Earlier this month, the Supreme Court of Appeal ruled that businesses would no longer have to be 51% black-owned before they submitted tender applications for government applications. The court declared that the 2017 Preferential Procurement Regulations, promulgated by the Minister of Finance in 2017, were invalid, and set them side.

These regulations allowed organs of state to disqualify tenders on the basis of B-BBEE status and black ownership.

However, this does not impact the B-BBEE Act.

There’s more to this story
Subscribe to News24 and get access to our exclusive journalism and features today.
Subscribe
Already a subscriber? Sign in
Next on Fin24
IAN MANN REVIEWS | A guide for those who aren't natural born entrepreneurs 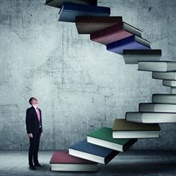