The large volume of missing oil may suggest that supply estimates are too optimistic or that demand has been understated. Or, more likely, some combination of the two, writes Julian Lee.

Where did all the oil go? According to the latest estimates, the world should still be awash in oil stockpiles built up during the pandemic. But that's not what the actual data on oil supplies show.

The International Energy Agency's (IEA) latest report, published on Wednesday, shows that, if their supply-and-demand numbers are right, the world's oil stockpiles are about 660 million barrels higher than they were before the pandemic — that's equivalent to more than a month's worth of production by Saudi Arabia and Russia, the two biggest members of OPEC+. Yet oil inventories in the nations of the Organisation for Economic Cooperation and Development — including both commercial and government-controlled (strategic) stockpiles — ended 2021 almost 220 million barrels lower than they were two years earlier. Adding in other things that can be measured with varying degrees of accuracy — such as the volume of oil on tankers and stockpiles in floating-roof tanks in other parts of the world — reduces the gap between theoretical and observed inventories to about 200 million barrels.

That discrepancy is only enough to meet the entire world's oil needs for two days, or to power the US for a week and a half.

Of course, there will always be some unmeasurable oil inventories that need to be guessed, so that global supply-and-demand balances make sense. The IEA suggests in its latest report where some of those places might be — for example, underground storage caverns, where fill levels can't be measured remotely; in new pipelines that need to be filled before they can be used; or in refined products in countries (like China) that don't report inventory levels.

Nowadays, though, this notion of "missing barrels" is no longer good enough. We have remote monitoring of pipelines and refineries, satellite image analysis of storage tanks whose roofs rise and fall as they are filled and drained, advanced algorithmic ship tracking and almost unlimited computing power.

Clandestine Chinese imports of sanctioned Iranian and Venezuelan oil may account for some, perhaps even a large proportion, of the missing barrels. If they have been spirited away in the underground caverns that make up part of China's growing strategic petroleum reserve, they will exert little pressure on oil markets.

But the bigger worry is that the oil isn't hidden away anywhere. The large volume of missing oil may suggest that supply estimates are too optimistic or that demand has been understated. Or, more likely, some combination of the two.

Measuring oil supply and demand is tricky after all. In most places, oil production is routinely and accurately measured to assess tax liabilities, but that doesn't necessarily mean those figures are available to organisations like the IEA, certainly not in a timely fashion and sometimes not at all.

Publicly disseminated oil production numbers may not always be an accurate reflection of what's really happening. It is no accident that the OPEC+ group of oil producers uses an average of output estimates from a range of secondary sources to monitor compliance with output targets, rather than relying on figures provided by its member countries.

Getting a handle on demand is even more complicated. There are many more countries to consider, some of whom are extremely slow to provide information. It is not uncommon for the IEA and other agencies to make revisions to historical demand numbers stretching back several years.

Even where the data are relatively transparent, they are not always accurate, as the US Energy Information Administration found back in 1998, when it overestimated domestic production and underestimated demand and imports. That year, global oil production, consumption and inventory figures left 300 million barrels of oil unaccounted for.

While unreported stockpiles probably account for some of the latest discrepancy, much of it may also be the result of underestimated demand. And if historical demand has been underestimated, it is very likely that forecasts of future demand may be too low as well. 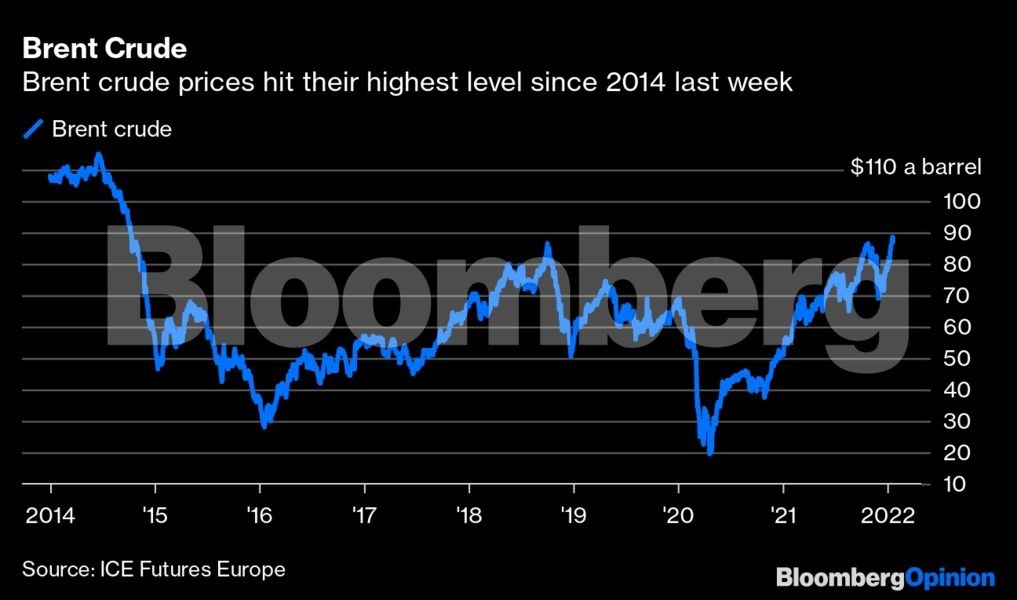 Soaring oil prices — last week saw crude prices reach seven-year highs — don't reflect a market that has a stock overhang of 660 million barrels. Sure, they've probably been given a boost by concerns over Russian troops massed on its border with Ukraine and drone strikes on the United Arab Emirates.

Analysts are lining up to call $100-crude later this year. If it turns out that a large proportion of the missing barrels has actually been consumed already, that's just going to add fuel to the fire.