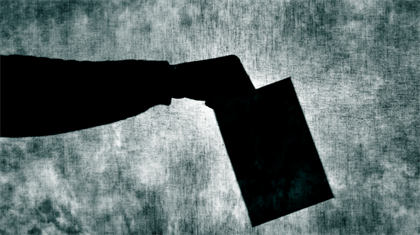 Fear of victimisation is cited as the most common reason for not reporting ethical failures, recent research has shown.

Recent reports of the looting of relief funds meant for managing the Covid-19 pandemic have once again shone the spotlight on the abuse of power in South Africa. They beg the question as to how it can be prevented.

Data from the Gordon Institute of Business Science (GIBS) Ethics Barometer suggested that the country has a long way to go in dealing with ethical failures. Whereas 45% of respondents witnessed at least one of 18 types of misconduct – like bullying in the workplace or gender discrimination – over the past 24 months, less than a third reported it.

The most common reason for not reporting – 43% of respondents – was: “I fear I’ll be victimised”. Asked about the extent to which they agreed or disagreed with 68 statements about their organisation’s ethical status, respondents expressed less positively in response to the statement:

I feel free to speak out without fear of retaliation.

We followed up the findings with research undertaken by GIBS and Nottingham Business School to understand better ways to address the fear of speaking out. We interviewed whistle-blowers and people who had supported them. Our research identified shortfalls in regulatory and legislative support for whistle-blowers and societal indifference towards them. Nor is there enough support across the board, from employers to industry regulators and professional bodies.

Professor Michael Katz, a leading South African lawyer who played an instrumental role in the development of the Companies Act, has called for the cultivation of a “culture of dissent”. This would allow employees to challenge the abuse of power – a crucial step in preventing corruption and governance failures. But research on the experiences of whistle-blowers suggests that dissent is often not tolerated, and even actively disincentivised.

Moral courage is typically seen as an undisputed virtue. But when exercised through whistle-blowing it is somehow not celebrated. In fact, whistle-blowers’ courage can make those around them uncomfortable. They are often treated as pariahs or troublemakers.

So what is moral courage? It’s often thought about as an extraordinary act, accomplished through the sheer power of will, based on a firm adherence to principle. There may indeed be such occurrences. However, our research suggests that moral courage is perhaps better understood as an embodied sense of that which cannot be tolerated. It is an inability to allow the intolerable to carry on.

For instance, in the case of Brian Currin, the human rights lawyer who was instrumental in facilitating the leaking of a trove of email correspondence showing the corrupt capture of South Africa by the Gupta family, known as the Gupta leaks, his moral courage has its roots at school. It’s source was his aversion to bullies - those in positions of authority who abused the trust and power invested in them.

Some of the whistle-blowers we interviewed said they were subject to character assassinations within their organisations. This included false accusations of misconduct in a ploy to intimidate them or render them complicit in the wrongdoing they were speaking out against. Others were ostracised and isolated by work colleagues and even abandoned by friends.

In some cases, whistle-blowers said they lost their jobs and were unable to find work again. Some said that potential employers had expressed admiration of their moral courage, but had nevertheless been unwilling to employ them as they were perceived as a risk to the organisation. Some found themselves without the necessary legal protections or other forms of support. They also had to confront heavy financial burdens.

Our research suggests that South Africa’s Protected Disclosures Act enacted in 2000 and amended in 2017 falls short in protecting whistle-blowers.

Other factors were also at play. We found that there was insufficient awareness, education and enforcement of the Act. This is clear from the fact that organisations aren’t being held accountable for non-compliance. In addition, delayed and drawn-out processes of dealing with cases increased the vulnerability of the whistle-blower through high costs of legal representation and insufficient professional and financial support.

There are no easy solutions, but based on our research and what is obtainable in other countries we would argue that a number of avenues could be pursued.

The first would be to revisit the Protected Disclosures Act and reconsider how it is implemented and used.

One could consider offering non-monetary awards through formal recognition similar to the US, where the 30th of July is set aside to celebrate and recognise whistle-blowers. Another alternative may be to provide psychological support to help alleviate some of the non-financial burdens that whistle-blowers face.

Providing monetary rewardscould reduce some of the financial risks faced by whistle-blowers and help them rebuild their lives. But could monetary rewards erode the moral value of speaking up and encourage someone to make false claims to reap financial benefits? Experience from the US, suggests not.

Be it as it may, South Africa urgently needs to address the fundamental question: how should it encourage, protect and support the moral courage of those whose dissent protects the society against corruption and the abuse of power?

We live in a world where facts and fiction get blurred
In times of uncertainty you need journalism you can trust. For only R75 per month, you have access to a world of in-depth analyses, investigative journalism, top opinions and a range of features. Journalism strengthens democracy. Invest in the future today.
Subscribe to News24
Related Links
De Ruyter acknowledges whistleblower Bianca Goodson's role in Eskom's recovery of R1.6bn
Khaya Sithole | The curious case of Suzanne Daniels
Bianca Goodson | Mr President, whistleblowers are a weapon against corruption. Look after them
Next on Fin24
OPINION | It's Trump's money, not his brand, that should worry him

See all newsletters
Voting Booth
Have you claimed the interest on your rental deposit?
Please select an option Oops! Something went wrong, please try again later.
Yes, and I've gotten it.
21% - 658 votes
No, I did not.
51% - 1623 votes
My landlord refused
28% - 879 votes
Previous Results
Covid-19 Money Hub
Covid-19 Money Hub - answering your business and money questions during the crisis