OPINION | Write the language right and the money will follow In 2015, when I returned to the Eastern Cape to launch a daily isiXhosa newspaper, there were just over 40 community newspapers in the province. These exclude the Media24 Express titles and other knock-and-drops owned by the Big Four media companies. Five years later only eight of these newspapers remain. Out of that eight only three are fully written in isiXhosa. What happened?

I am of the view that the community media model; from print to broadcast is the incubatory jumping board from which we can build solid vernacular media. Yet that is not happening. This is largely because many of these vernacular media products are not done by people who are not heavily invested in our languages. At the slight suggestion that they must include English to secure advertising, they will do just that.

“Most of them are businessmen. Most of them are not interested in the idea of journalism itself and the importance of language!” said the chairperson of the Association of Independent Publishers, Wandile Fana, in a chat over the weekend.

“There are a lot of fly-by-nights who come with the intention to make money only. The interest should be to produce quality content,” he concluded.

Any businessperson with an understanding of how to apply for funding from entities such as the Media Development and Diversity Agency (MDDA) will most likely end up running a community newspaper or radio station. Their interest rests on securing funding and advertising revenue only.

There is a strong case for more vernacular in media in South Africa. Each local municipality, from the existing 226, can have its own community title.

When we launched I’solezwe in the Eastern Cape we invited language experts such as Ncedile Saule, Nomsa Satyo, Xolisa Tshongolo, Zolile Wababa and others to critique and run full day workshops with our staff.

Then we proceeded to conduct research on what readers want. Suddenly our street posters trended on social networks weekly, and the newspaper has grown and become quite profitable today. It is not that advertisers do not want to advertise in vernacular newspapers, they want to advertise in reputable solid ones. Work on appealing content, good grammar and consistent publishing.

Same applies to books. Where are the isiXhosa books on business, sex, self-help, motoring, technology, science-fiction, etcetera? When bookshops say isiXhosa books do not sell they are not making it up. The ones that are likely to sell are those written by authors from the early 1980s and before; JJR Jabavu, Guybon Sinxo, KS Bongela, Peter Mtuze, AC Jordan to name a few. Is that to say creative vernacular writing stopped with these authors? We have to find these new vernacular voices. There are opportunities for fully vernacular bookshops.

One way to find them is via competitions. I was pleasantly surprised to read that the CEO of CNA, Benjamin Trisk, is pumping more money into literary awards with the intention to see more African writers entering.

I have, in the past, worked with AVBOB in their annual Poetry competition. I advised them to make entering the competition easier by allowing pen-written submissions to be dropped off at our offices or mailed to them. Hundreds of new or unknown vernacular poets entered.

We must encourage big business to branch out into such literary competitions, particularly in the vernacular, so that we can hear new indigenous language talents.

Another trick with books is to get popular Xhosa personalities to translate their books or to conceptualise and write their books in the vernacular. A case in point being Khaya Dlanga. We met at a book fair in Cape Town after his “To Quote Myself” book launch. I told him we’d need an isiXhosa version of his book. We laughed it off and spoke about translation costs and keeping the author’s voice in that translation.

Sadly, English-to-Vernacular translations do not do indigenous languages any justice.

Given an option to read an English or isiXhosa version of the same text, many would opt for the English. Much like how the Sunday Times created an isiZulu version that collapsed. Vernacular languages are harder to read, due to nonfamiliarity. If you plan to do a Zulu Sunday newspaper your content must be niched and exclusive for that isiZulu speaking market. That is why Isolezwe is a best-seller to this day.

We need to conceptualise and create content in our languages.

Lastly, businesses across the country, beyond publishing and broadcasting must consider establishing their own language units. These will not translate but actually conceptualise business ideas in the vernacular. Think advertisements that are conceptualised and created in isiXhosa and more.

On language units, the Eastern Cape government now has an Act (Eastern Cape Use of Official Languages Act, 2016) which stipulates that each government department, entity or enterprise must establish a well-resourced Central Provincial Language Unit. This is a start.

Businesses must understand that transformation is not merely fulfilling racial quotas.

Serious transformation means bringing vernacular languages onboard and fully conducting certain parts of your business in the vernacular. Apart from creating more jobs, you also gain appreciation from your customers that recognise your efforts to “see” them in their languages.

Unathi Kondile is a vernacular newspapers’ editor and media consultant. He is the Director of DK Media Agency in the Eastern Cape. Kondile recently participated in a webinar on indigenous languages in the business sector. The event was hosted by the Pendoring Awards, Fin24, Indigenous Languages Action Forum (ILAF) and the Pan South African Language Board (PanSALB).

* There is still much work to be done. We have been talking for a long time. At least we all know the problems. We also know the problem solvers. Now we need people who can do it; make it happen! Hopefully.

We live in a world where facts and fiction get blurred
In times of uncertainty you need journalism you can trust. For only R75 per month, you have access to a world of in-depth analyses, investigative journalism, top opinions and a range of features. Journalism strengthens democracy. Invest in the future today.
Subscribe to News24
Related Links
OPINION | Language is a critical part of doing business - pay attention to it
OPINION | If SA tourism sector wants a revival, local flavour must be lekker
Next on Fin24
OPINION | Cyber security - we're paranoid about all the wrong things 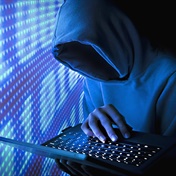