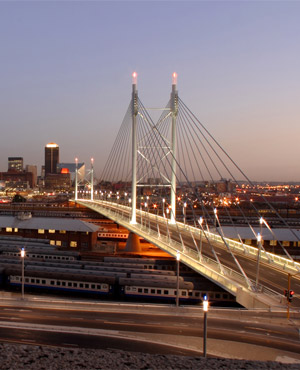 Shutterstock [http://www.shutterstock.com]
Johannesburg - After 18 months and much negotiation between the City of Johannesburg and property owners, the SA Property Owners' Association (Sapoa) has decided to withdraw its appeal against the Johannesburg Consolidated Town Planning Scheme 2011.

“Thanks to persistent discussion and negotiation, Sapoa is satisfied there has been sufficient progress to warrant withdrawing our appeal,” said Sapoa CEO Neil Gopal.

The draft scheme, published for comment in 2011, consolidates separate town planning schemes that were promulgated as far back as 1975, for a slew of former municipal areas.

Its aim is to focus on enhanced land use management, coordination of urban growth, integrated transport planning and innovative urban regeneration strategies.

At the time of its publication, Sapoa called the draft scheme unworkable and argued strongly that the document did not reflect any of the extensive input submitted by the commercial and industrial property sector.

Sapoa's main concerns centered around the effective appropriation of rights without compensation and the fact that the municipality is not bound by its own scheme.

"In addition, the draft scheme contradicted itself in numerous places, referred to schedules and annexures that do not appear in the document, includes a number of confusing and inadequate definitions - and even contradicted other legislation," explained Gopal.

In December 2011, Sapoa lodged an appeal against the draft scheme - along with three other, separate, appellants.

The appeal process was delayed, because no Appeal Tribunal Members were appointed.

In the 18 months since the appeal was launched, various meetings have been held between the City and Sapoa to discuss industry concerns and work collaboratively towards concessions that address those concerns.

“The last of those meetings was held in early July 2013, and Sapoa agreed to withdraw the appeal on September 19 2013,” he added.