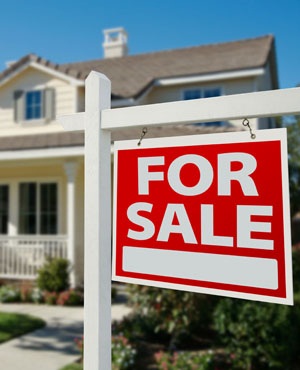 Shutterstock [http://www.shutterstock.com]
Cape Town - While the need to “downscale due to financial pressure” and the desire to “upgrade homes” remain key drivers of residential property selling, it is still SA’s ageing middle- to upper-income classes that remain the most important driver of residential selling, according to the third quarter 2013 FNB Estate Agent Survey.

The largest percentage of sellers (23%) is believed to be downscaling due to the stage of life they have reached.

This form of downscaling refers to those sellers, who desire a smaller home, usually either because they are getting older or because their offspring have left home.

The percentage has hovered at above the 20% level since 2011 and is sharply higher than the lowly 12% registered in the second quarter of 2008.

While this significant percentage has partly to do with SA’s ageing population, especially in the middle and upper income groups, it also has much to do with the stage of the economic and property cycle, according to FNB economist John Loos.

Members of this group of sellers are not necessarily under financial pressure and can often bide their time to a certain extent while the market is very weak.

That seemed to be the case back around 2008, where many could stay out of the selling market until such time as they felt they could obtain a better price for the sale of their home.

Then, as the market gradually improved following the 2008/9 recession, they came out in larger numbers, it would appear.

This motive for selling could probably be expected to continue to drive solid demand for various forms retirement property, as well as for smaller properties in the “mainstream” market in the coming years, said Loos.

While the “oldies” remain the strongest driver of selling, the survey respondents continued to point to financial pressure-related selling - 6% of total selling.

At the current time,  the significant percentage of sellers under financial pressure is not troublesome, as some resurgence in house price growth in recent times would probably make it significantly easier for households to trade out of properties without incurring too serious a financial loss, said Loos.

Of significance is that as from the first quarter of 2013, it was the first time since this survey question started back in late-2007 that the upgrading percentage has been estimated to be higher than the “financial pressure-related downscaling” percentage.

The survey also shows that for the time being however, a deterioration in sentiment towards South Africa still does not appear to have brought about any noticeable renewed emigration surge.

But this is believed to be due to economic and employment weakness abroad, and it is believed that domestic sentiment would have to improve prior to a sustainable global economic strengthening if SA is to avoid another emigration surge.

An estimated 2.7% of total selling in the third quarter was due to emigration, the survey found.

The survey points to a slight decline in overall residential market activity levels.

With regard to market segments, selling patterns still seem to mildly favour the lower priced segments of the market.

Selling in order to upgrade has become very significant once again since the end of the 2008/9 recession period.

It would still appear that the environment favours the smaller-sized more affordable home market segments.

This suggests that residential building statistics will continue to show a multi-year trend towards a smaller average sized home being completed, as building activity in the smaller-sized and more affordable segment grows more rapidly than in the larger-sized home segment.

For the four quarters up until the third quarter of 2013, the average estimated time of homes on the market prior to sale for the lower and middle income segments, was 11.6 weeks and 13.4 weeks respectively.

By comparison, the upper income and high net worth segments recorded 19.5 weeks and 18.5 weeks respectively.

While one should normally expect higher end homes to be on the market for longer, the fact is that the gap between these segment estimates and the two lower segments widened in the first three quarters of 2013, according to Loos.

The upper income segments’ times on the market actually rising, while the lower and middle income area segments saw declines.

The other measure of price realism is the percentage of sellers having to drop their asking price to make the sale.

Here, too, the lower income segment remains ahead at 84% of total sellers for the past four quarters.

This segment also showed the largest improvement from early 2012 until 2013 before a deterioration in the third quarter of this year.

In terms of the relative performances of segments, after a significant narrowing of the activity gap between upper income areas on the one hand, and lower and middle income areas on the other, during 2012, recent quarters’ survey results appear to have seen the gap open up once more.

We live in a world where facts and fiction get blurred
In times of uncertainty you need journalism you can trust. For 14 free days, you can have access to a world of in-depth analyses, investigative journalism, top opinions and a range of features. Journalism strengthens democracy. Invest in the future today. Thereafter you will be billed R75 per month. You can cancel anytime and if you cancel within 14 days you won't be billed.
Subscribe to News24
Related Links
Chinese firm plans mini city for Joburg
Headaches of buying a golden oldie
Next on Fin24
Northgate Park a trendy office redevelopment