How you get trapped by debt 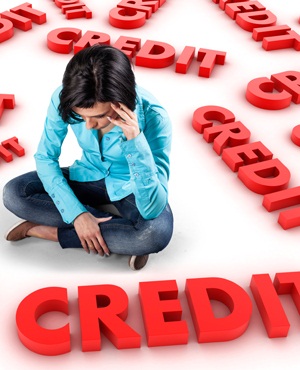 EVERYONE wants to lend me money. From a Mrs Mbuchu from Ivory Coast, to my own bank, to big retailers, to loan sharks.

Clearly lending money is a good business in which to be. Especially if your clients can afford the interest. Or even if they can’t. There are several ways of eventually getting it out of the ones who couldn’t make the payments. Blacklisting, baseball bats, repossessions, to name but a few.

It’s so easy to warn someone against debt. But if you have never had any debt of any kind, you either have overindulgent, rich parents, or you don’t really have much of an adventurous spirit. There is something such as being too careful. It’s a fine line.

Debt is sometimes unavoidable, such as when paying for education or a home.

Many of us start our adult lives with crippling student loans. And these days three years at a tertiary institution, even if you only pay a portion of it yourself, can put you back thousands.

First jobs seldom come with sky-high salaries. Often, in order to survive after the massive slice taken every month to pay your student debt, you start using the credit card the bank gave you when you started working.

You use it to buy food, petrol, clothes, and the temptation is huge to let the debt accumulate and not to pay it off in total every month.

You have to look professional, so a store account or two follows rapidly. When you get depressed by your finances, a bit of retail therapy is a quick, but short-lived fix.

And now that you’re working, you don’t feel like struggling with public transport, and you certainly don’t want to be driving the oldest car on the parking lot. So a car payment is the next thing. Nothing fancy, but with insurance it still sets you back over R3 000 per month.

The make-believe world of advertising

The advertisers are mercenary and ruthless: the loud-and-clear message is that unless you own certain things, look a certain way, wear particular brands, live in certain areas/types of housing, you are not a force to be reckoned with. You have failure written all over you.

Deep down we all have our insecurities and ad companies pay professionals to sniff these out and use them against you in every single ad you see. The world of the ads is a make-believe one. It doesn’t exist and it certainly does not have your interests at heart.

Buy this, eat that, wear this, or else. Ads often have social failures on display. This includes the stupid guy who just doesn’t get the internet, the old people who fart in lifts, the depressed and bloated girl with bad hair no one wants to date. They might as well say: these are the people who didn’t use our products and look how they ended up. You don’t want to be one of them, do you?

And then there are your peers. The pressure is sometimes subtle, and sometimes not. We are brought up in a society where much of life is viewed as a competition, and this doesn’t change as we grow older. You don’t want to be seen lagging behind.

Your friends suggest a holiday or a night out and you would rather die than tell them you can’t afford it. So out comes the buckled credit card.

Maxed out and miffed

And pretty soon you’re cards are maxed out. This is the point where you get another credit card. Another bank offered you one, so why not? It’s the surest sign of a serious debt problem when you use one credit card to service the debt on another one.

There are three sad things to this scenario.

Firstly, institutions really do encourage you to take on debt, especially if you have a good credit record and a job. Maxed out your card? Let’s increase the limit. No problem. (Not for them it isn’t, no, because they’re getting a fat whack of interest on the money you’re spending on petrol and groceries.)

The second sad thing is that the cost of living is so enormously high, that it isn’t unusual at all for people to go into debt to pay for things like petrol and food. In fact, the woman in front of me at the supermarket the other day bought about R300 worth of groceries – on her budget account. So she’s going to pay interest on that toilet paper for six months.

And the third sad thing is when the whole house of cards collapses, you’re out there on your own. No one takes any shared responsibility for your predicament. Everyone who has put subtle and not-so-subtle pressure on you to maintain a certain lifestyle, will turn around and blame you for not being able to say no.

But we were all young once – and the young are easily influenced. We have all done silly things. We have all wanted nice things.

If you’re looking for a motivation to cut your spending and your debt levels, think of this: it’s OK to be young and poor (there’s something adventurous about it and we all start off that way) but it’s certainly no fun being 70, dirt-poor and debt-ridden.

Don’t be that person.

Are you a savings hero? Or do you just have something on your mind? Add your voice to our Savings Issue:

We live in a world where facts and fiction get blurred
In times of uncertainty you need journalism you can trust. For only R75 per month, you have access to a world of in-depth analyses, investigative journalism, top opinions and a range of features. Journalism strengthens democracy. Invest in the future today.
Subscribe to News24
Related Links
From financial ignorance to savings bliss
'I'm too young to save'
Case study: Peter, Joe and their finances
Next on Fin24
From junk to charm: Here's how South Africans are saving through upcycling