My retrenchment spree was premature 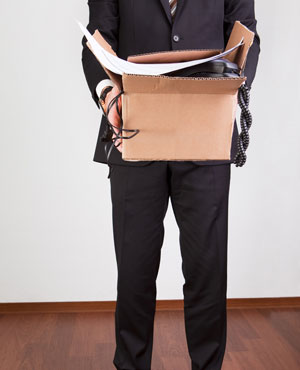 <a href=\http://www.shutterstock.com\>Shuttertstock</a>
A Fin24 user was shocked when it took much longer than he expected to find another job after he was laid off. He writes:

Like most happenings or experiences, not many people talk about being retrenched.

I was retrenched in May 2012 and then you seem to hear or find out that there are many other people who are or were in the same situation, and it is very scary.

Initially the settlement seems great and you go on a bit of a spree, because you have the idea that within six months you will be in another job.

But you seem to forget that you might not get the same salary as before and/or your age is/might be a stumbling block for prospective new employer(s). I had just turned 45 and was earning a decent salary working in the IT field, and I expected to find a job in six months (at most).

I withdrew some of the settlement to tide me over, but who knew how long it would be – I was at home for 18 months. I applied for any job that was in line with my knowledge and experience and even went for the odd interview and at times lowered my salary expectations, but was never hired.

I also applied to all creditors where I knew it was part of their contract for relief and not all creditors have this, as for most of them this is an additional part of the contract that the user has to apply for or as optional.

Also, most times even the institutions don't know the proper procedure or how to assist you. And who really thinks or knows that they will be retrenched in six months' or two years' time, after having been with an employer for more than 15 years?

UIF is a bonus but it only lasts for eight months and decreases as the time draws closer.

After having been at home for 18 months and with the money clearly starting to be exhausted and the stress levels rising and no prospective job in sight - even after increasing the rate of applying for jobs and networking more on jobs sites - what do you do?

Do we draw additional money from retirement funds? Do we sell the house? Downgrade to a smaller flat?

Our prayers were answered, as I eventually found employment at the end of last year (November 2013). But for others it doesn’t always work out...

Do you have a retrenchment experience you'd like to share? Or do you just have something on your mind? Add your voice to our Savings Issue:

* Ask the experts
We live in a world where facts and fiction get blurred
In times of uncertainty you need journalism you can trust. For 14 free days, you can have access to a world of in-depth analyses, investigative journalism, top opinions and a range of features. Journalism strengthens democracy. Invest in the future today. Thereafter you will be billed R75 per month. You can cancel anytime and if you cancel within 14 days you won't be billed.
Subscribe to News24
Related Links
My child's saving sacrifice
From financial ignorance to savings bliss
Retirement challenges for single people
Next on Business
From junk to charm: Here's how South Africans are saving through upcycling