Potential ground-breaking changes for Mine Closure 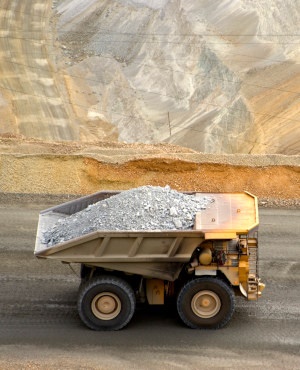 The implementation of the changes proposed by the National Environmental Management Laws Amendment Bill (dubbed NEMLA IV) will pave the way for a ground-breaking new specialist rehabilitation industry to emerge in SA, according to Garyn Rapson and Kirsty Kilner, experts in environmental law, including in relation to the mining sector, at Webber Wentzel.

NEMLA IV is currently being considered by the National Council of Provinces. The bill proposes to amend the National Environmental Management Act (NEMA) as well as a number of other specific environmental laws, including the Water Act, the Waste Act and the Air Quality Act.

Many of the proposed amendments, if implemented in their current form, will provide much needed clarity for the mining industry, particularly in relation to the regulation of financial provisioning, according to Rapson and Kilner.

Some of the proposed changes could even drive the growth of an entirely new specialist rehabilitation sector in South Africa, something akin to what is already in place in the US.

One such change will provide for progressive rehabilitation concurrent with mining activities. If cleverly implemented, this could allow mining companies to reduce the amount of money that is required to be set aside for final rehabilitation, according to Rapson and Kilner.

Another proposed amendment will allow drawdowns on the final rehabilitation provision to be permitted up to ten years before closure, a proposal that is welcomed by the mining industry.

In the view of Rapson and Kilner, the proposed amendments create an opportunity for asset transformation in the mining sector, signalling a shift away from traditional mine closure ideals.

Previous legislation required mines to return the impacted land to its pre-mining state, an ideal that is far-fetched and impractical, particularly in the case of opencast pits.

NEMLA IV recognises these practical difficulties and allows mining companies to propose a sustainable closure solution. This leads to the concept of "asset transformation" and the chance to establish new industries on rehabilitated mine sites, thereby avoiding the prevalence of ghost towns which are often associated with mine closures.

In the view of Rapson and Kilner, the implementation of the changes proposed by NEMLA IV will pave the way for a ground-breaking new specialist rehabilitation industry to emerge in South Africa.

At the Alternative Mining Indaba in Cape Town the IndustriALL Global Union, which represents mining unions across the world, called for the mining industry to take urgent action to improve safety of mine waste management.

According to the union, a global effort is needed to improve the design, care and maintenance of tailings dams following last month's Brumadinho disaster, in which 90 people are confirmed dead and hundreds more were missing.

The mining industry must listen to workers, unions and communities in an urgent review of safety of tailings dams, says IndustriALL.

In the view of the union, mining companies are ignoring the highest safety standards as outlined by the multisector Initiative for Responsible Mining Assurance standard (IRMA) and the  International Council on Mining & Metals guidelines on preventing catastrophic failure of tailings storage facilities, released after the Fundão Dam collapse in 2015.

In turn, national governments are not doing enough, in its view, to ensure that mining companies meet internationally recognised safety standards, through regular, thorough and independent inspections.

We live in a world where facts and fiction get blurred
In times of uncertainty you need journalism you can trust. For 14 free days, you can have access to a world of in-depth analyses, investigative journalism, top opinions and a range of features. Journalism strengthens democracy. Invest in the future today. Thereafter you will be billed R75 per month. You can cancel anytime and if you cancel within 14 days you won't be billed.
Subscribe to News24
Related Links
Execs not adequately preparing for mining risks - survey
What two mega mining deals reflect in gold sector
African mining needs 'cheap, reliable' power
Next on Business
Execs not adequately preparing for mining risks - survey