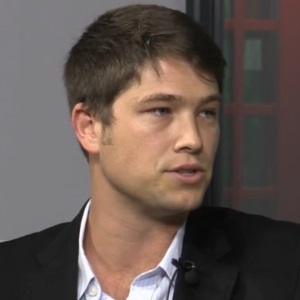 Cape Town GM, Anthony le Roux, says Uber has already created 2 000 jobs in South Africa and that it is targeting more over the next two years. (Fin24)
Fin24

Johannesburg - Internet ride-sharing service Uber says it has created 2 000 jobs in South Africa to date and that it is targeting 15 000 more over the next two years.

The internet company does not employ drivers but rather partners with vehicle owners and drivers. Uber takes a 20% share of passenger fares while the rest goes to partners.

And the company plans to grow its number of partners to 15 000 over the next two years, according to le Roux.

"We know there is a need for this service. The last year and a half or just more than that has proved that,” le Roux told Fin24.

"And in our projections we're taking into account the tremendous growth that we've seen in SA already since our launch.

"The opportunity is immense,” he said.

Le Roux told Fin24 that South Africa is one of Uber’s fastest growing markets, however, he could not disclose exact growth figures and how they compare to other parts of the world.

"Our South African cities have been one of the fastest growing Uber markets in the world. When we overlayed where we are now with where other cities were at this stage of their Uber history, we know that we're only just really scratching the surface and the opportunity is massive going forward,” le Roux told Fin24.

Listen to the full interview with le Roux:

Despite punting possible jobs growth figures, Uber has been dogged by controversy in its Cape Town business this month over its drivers not having metered taxi permits to operate in the Western Cape province.

On Wednesday Fin24 reported that 65 Uber cars have been impounded by Cape Town traffic police because the drivers don’t have these permits.

A moratorium on metered taxi permits ended in December 2014 and city officials have started implementing provincial regulation on Uber cars in 2015.

Uber’s le Roux told Fin24 that the company is in discussion with the City of Cape Town in a bid to find a resolution to the problem and that an update will be disclosed next week.

Uber has also faced regulatory pressure in other parts of the world such as Spain, South Korea, Singapore and Vietnam.

Controversy also struck Uber earlier this month with regard to its surge pricing during peak periods such as New Year’s Eve.

The ride sharing service’s increases its fare prices in areas where there are spikes in demand for Uber to create incentives for drivers to pick up passengers during peak periods.

Nevertheless, some Uber passengers in South Africa during New Year’s Eve were in for a shock when prices surged by as much as 1 000% in parts of Cape Town.

Uber, though, then responded to complaints by allowing customers who experienced surge pricing for the first time to receive discounts.

We live in a world where facts and fiction get blurred
In times of uncertainty you need journalism you can trust. For 14 free days, you can have access to a world of in-depth analyses, investigative journalism, top opinions and a range of features. Journalism strengthens democracy. Invest in the future today. Thereafter you will be billed R75 per month. You can cancel anytime and if you cancel within 14 days you won't be billed.
Subscribe to News24
Next on Business
Google blamed over Gmail block