Johannesburg - Many of the top specifications introduced by electronics giant Apple in its launch of the iPhone 7 and iPhone 7 Plus have already been included in smartphones on the market today.

The iPhone 7 and iPhone 7 Plus were announced at an event on Wednesday, boasting major upgrades to the device from its previous models.

Among the new features was the inclusion of dual-camera functionality in the iPhone 7 Plus, a new and faster processor, and stereo speakers.

Apple also announced that it had ditched the headphone jack in the iPhone 7 in favour of the new wireless AirPods.

However, many of the features announced as a first for the iPhone have been included in other smartphone brands previously - even dating back to as far as five years ago.

The iPhone 7 Plus will be the first smartphone from Apple to feature a dual-camera.

But dual-camera smartphones date back as far 2011, with the release of the HTC Evo 3D - which could capture photos for viewing in 3D.

The technology, though, has since been adapted to create more professional looking images by tapping these cameras' depths of field.

In 2014, HTC followed up their dual-camera venture with the launch of the One M8 in 2014, which then focused (excuse the pun) on creating a greater depth of the field in images.

Since then, numerous other manufacturers have cottoned on to the dual-camera trend including Huawei with the P9 and P9 Plus, LG’s G5 and X Cam and, only recently, the iPhone 7 Plus.

The Huawei P9 and P9 Plus, launched in April this year both feature dual camera functionality.

The “IP” rating stands for International Protection, the first number “6” – rates the level of dust protection while the second number rates the water resistance.

The Sony Xperia X was one of the first smartphones on the market that was dust and water-proof with an IP67 in 2013.

The Samsung S7 features an IP68 rating making it dust proof and water resistant over 1.5 meters for 30 minutes.

Apple naysayers claim the Qualcomm Snapdragon 820, found in most top Android smartphones, is better than Apple’s previous A9 processor found in the iPhone 6s. However if Apple’s testimonial is to be believed, then the Snapdragon 820 might be hard to compete with Apple's new A10 Fusion Chip found in the iPhone 7. This chip is said to be 40% faster than the A9 - making it one of the few areas where Apple will trump all other devices.

Numerous devices already on the market from Sony, HTC and other manufacturers also feature two speakers for stereo sound output.

The HTC One M9 launched in 2015, is one of the newer smartphones to feature stereo speakers, with older models featuring similar functionality.

In July this year, Samsung announced the availability of their Gear IconX wireless earbuds, beating Apple to the launch of their AirPods.

Brand preference and form factor might just play a role in the choice that consumers exercise. The AirPods resemble older Apple headphones, with the cable snipped off each bud and an apparent mic protruding from it. 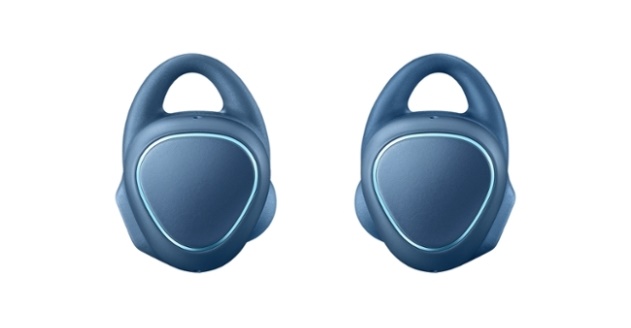 The IconX looks similar to a hearing aid but further solidifies its branding as a sports headphone by also resembling a tiny kettlebell.

We live in a world where facts and fiction get blurred
In times of uncertainty you need journalism you can trust. For only R75 per month, you have access to a world of in-depth analyses, investigative journalism, top opinions and a range of features. Journalism strengthens democracy. Invest in the future today.
Subscribe to News24
Related Links
Huawei SA takes aim at Apple's dual-camera
Apple launches dual-camera iPhone 7, AirPods
All you need to know about Apple's latest launch
Next on Fin24
Microsoft debuts $399 Surface Go tablet, taking on cheaper iPads

See all newsletters
Voting Booth
Have you noticed a difference in the voices of women compared to men in virtual meetings?
Please select an option Oops! Something went wrong, please try again later.
Yes, there is a difference.
29% - 17 votes
No, I haven't noticed it.
59% - 35 votes
A bad internet connection worsens it.
12% - 7 votes
Previous Results
Covid-19 Money Hub
Covid-19 Money Hub - answering your business and money questions during the crisis