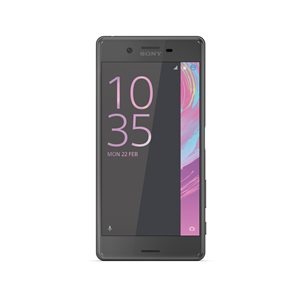 Pietermaritzburg - Unboxing the Sony Xperia X shortly after its touchdown in South Africa is a more-than-satisfactory feeling.

The Xperia X is part of the new X series offering from Sony, which was kept heavily under wraps before and it was first unveiled at the Mobile World Congress in Barcelona earlier this year.

The Xperia X stays true to Sony’s design ethos, by maintaining the brand’s aesthetic appeal — the slate form unit with smooth edges screams out Sony in the palm of the hand.

The device features a shiny matte finish on the rear with an oleophobic coating, to prevent scratches and offer some resistance to fingerprint smudge. The display of the device is an unnoticeable 0,2 inches smaller than the Sony Xperia Z5, but similarly features a Triluminos display with the manufacturer’s X-Reality Engine.

At the global launch event, Sony boasted that the Xperia X’s rear 23 megapixel camera was one of the fastest cameras on the market, able to capture an image in 0,6 seconds. It produces some of the sharpest images of moving objects ever captured by a smartphone.

The facing camera also snaps great selfies and has functions allowing it to be used as a manual camera. And, of course, Sony’s camera application comes with filters, timeshift features and Augmented Reality functions for some added fun.

The dedicated camera button will also open the camera from sleep mode without unlocking the unit and a second press of the button will shoot an image.

Under the hood the The Xperia X features three gigs of RAM, and a 1,5 GHz processor running the Android Lollipop operating system upgradeable to Marshmallow.

The device also features fast charging of 60% in just 30 minutes.

A fingerprint scanner on a smartphone has become a standard feature and a necessity on any device hoping to compete in the high-end smartphone category.

While many manufacturers inconveniently place the scanner on the front of the device, Sony takes a different approach, in placing the scanner in the wake-up/power button, on the right side of its frame — making it easy to unlock it in the palm of your hand.

Even more efficiently though, when pressing the button, the fingerprint is automatically scanned and unlocks the device simultaneously.

Unfortunately for the left-handed user, unlocking the device might seem tricky. Nevertheless, even with the fingerprint scanner only on the right side of the device, it is more conveniently designed than many other devices with similar functionality.