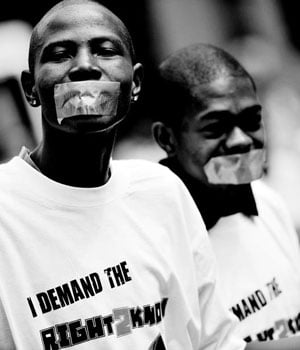 Cape Town - Civil society watchdog, The Right2Know Campaign, is demanding that the Film and Publications Board (FPB) put aside a controversial draft on internet regulation.

Internet censorship looms for all South African websites, internet publications and blogs in a draft Online Regulation Policy gazetted by the FPB.

This means that content producers would have to apply and pay for classification before their content is made available online.

The FPB said it is does not want children to be exposed to unclassified content via the internet while the board has also raised concerns over user-generated content of an offensive nature such as racism.

However, Right2Know wants the FPB to stop what it calls an attempt to exercise “pre-publication censorship” of the internet in South Africa.

“The target of this regulation is not just major distributors, but also individuals,” says the Right2Know Campaign.

“In terms of the wording of the document, everything published on the internet – including blogs, personal websites and Facebook pages”.

The Right2Know Campaign has further hit out at the planned classification of online content.

“This effectively is a specific form of pre-publication censorship, which is not acceptable,” says the Right2Know Campaign.

“Moreover, the time spent on the pre-classification of content would undermine one of the most valuable traits of the internet – its immediacy. There is also a very real threat that in the future, organisations lacking in resources and unable to afford costly subscription fees, such as community-oriented news outlets and civil society groups, will be severely hampered by the unnecessarily bureaucratic regulations envisioned by the FPB.

“These online media outlets provide a valuable contribution to the diversity of the South African media landscape,” said Right2Know

‘Classifiers’ dispatched to your premises

The Right2Know Campaign says that “worryingly, the regulations would allow the FPB to dispatch classifiers to the distributors’ premises for the purposes of classifying digital content.”

Furthermore “distributors would have to ensure that the work of classifiers takes place unhindered and without interference.”

“The vague wording of the regulations would allow for ‘classifiers’ to visit, for example, the homes of citizen journalists and ordinary internet users. Such sweeping powers reek of apartheid-era censorship, whose advocates similarly relied on the guise of moralising arguments,” says the Right2Know Campaign.

We live in a world where facts and fiction get blurred
In times of uncertainty you need journalism you can trust. For only R75 per month, you have access to a world of in-depth analyses, investigative journalism, top opinions and a range of features. Journalism strengthens democracy. Invest in the future today.
Subscribe to News24
Related Links
New policy draft raises issues of internet censorship
China deletes 1000s of internet accounts
China blocks VPNs amid internet crackdown
Next on Fin24
Warning to check ride-hailing surge pricing on New Year's Eve

See all newsletters
Voting Booth
In light of the recent looting, do you think a basic income grant is the right approach to deal with SA’s hunger and poverty problems?
Please select an option Oops! Something went wrong, please try again later.
It will go a long way in helping fight the symptoms of SA’s entrenched inequality, especially for those who are starving right now
20% - 1519 votes
SA’s problems are complex, and we instead need to spend that money on building and growing our economy, which will help the country in the long run
31% - 2350 votes
All grants are a problem as they foster a reliance on handouts
49% - 3717 votes
Previous Results
Covid-19 Money Hub
Covid-19 Money Hub - answering your business and money questions during the crisis