Global demand for crude could recover to pre-coronavirus levels by 2022, Saudi Aramco said Tuesday, as the International Energy Agency projected it could take at least a year longer.

"The worst is definitely behind us" in the oil market, Aramco's chief executive Amin Nasser told the Energy Intelligence group.

"My prediction is hopefully we will recover by 2022."

Nasser's comment came as the Paris-based IEA on Tuesday predicted the recovery could take longer.

After an unprecedented eight percent drop this year, global consumption was set to return to pre-crisis levels in 2023 provided the pandemic was brought under control, the IEA said.

The Covid-19 pandemic has plunged the global economy and oil demand into a tailspin and sparked speculation that the world might have reached peak oil demand.

"Most of the demand comes from developing countries," he said.

"We see a big pick-up from East Asia, especially China."

He cautioned, however, that the speed of recovery depended on whether there would be a "second (coronavirus) wave and how significant is the second wave".

Earlier this month, the OPEC oil cartel predicted crude consumption would continue to grow during the next quarter century, driven in large part by greater use of cars in developing countries.

OPEC's forecast contrasts with that of some industry players, including major oil firms such as BP, which in its latest long-term estimates predicted that oil demand had already peaked or would soon do so thanks to increased use of renewable energy and the impact of the virus.

We live in a world where facts and fiction get blurred
In times of uncertainty you need journalism you can trust. For only R75 per month, you have access to a world of in-depth analyses, investigative journalism, top opinions and a range of features. Journalism strengthens democracy. Invest in the future today.
Subscribe to News24
Related Links
Govt finalising bill it says will unlock opportunities in oil and gas sector
Mantashe: SA needs slick oil investments to thrive
WATCH | Aramco doubles down on oil to outlast rivals
Next on Fin24
Mango rocked by more claims of nepotism 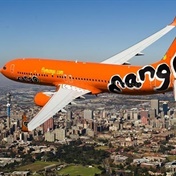