Can they declare you dead by mistake? 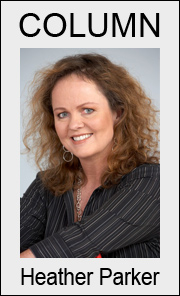 There was a very freaky story this week about a Frenchman who died of a heart attack – but 90 minutes later, just as the hospital was getting it together to remove his organs for transplant, he 'woke up' – he started breathing, his heart started beating, and today he’s walking and talking.

It’s happened in a thousand movies of course. But for an ordinary 45-year-old guy to revive after he’s been declared dead makes me, for one, nervous... just how wrong can medics be?

In a wonderful piece to commemorate the anniversary of the world’s first heart transplant in December last year, Health24’s Olivia Rose-Innes wrote about her father, the neurosurgeon tasked with declaring the donor dead, so the heart could be removed. It’s a comforting analysis of the processes medics go through, and I suggest you read it to offset the scariness of the Frenchman’s case.

We also spoke to the South African Organ Donor Foundation – an institution we heartily endorse – to find out just how real the prospects are of medics getting it wrong. The spokesperson there, too, was reassuring: there has been only one instance of a transplant team being given the go-ahead on a "corpse" that was in fact not brain-stem dead, she said – and since transplant teams never dig in until they're sure there's no life, the person was sent back to hospital smartly.

I suppose my point is that medicine is mostly a science, but science is not necessarily about certainties... and maybe that’s because medicine is about us, with all our complexities and variables, and unexpected strengths and heartbreaking weaknesses. So news can be freaky. But that doesn't make it bad.

Get the newsletter
Voting Booth
Have you entered our Health of the Nation survey?
Please select an option Oops! Something went wrong, please try again later.
Yes
27% - 9951 votes
No
73% - 26298 votes
Previous Results