Flying the flag for better healthcare in Africa

By Prof Wim de Villiers, MD, is Rector and Vice-Chancellor of Stellenbosch University (SU). This is a shortened version of his input at the Africa Day Seminar of SU’s Faculty of Medicine and Health Sciences on 25 May 2015.
Share 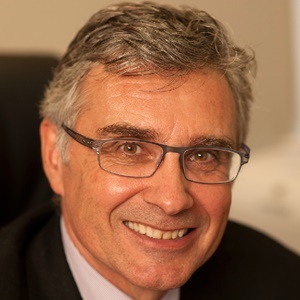 The phrase, “We are Africa”, has been used to celebrate the founding of the forerunner of the African Union – the Organisation of African Unity – on 25 May 1963. But what exactly does it mean? More particularly, what does it mean for us, as Stellenbosch University (SU), and particularly a structure such as our Faculty of Medicine and Health Sciences (FMHS), which is heavily engaged on our continent.

It would be easy to get lost endless discussions – so allow me to adapt a famous phrase of Abraham Lincoln and say to my mind it simply means we are a university “of the people, by the people, for the people” of Africa.

I am not excluding anyone by saying this. On the contrary, I am including everyone attached to our higher-education institution here at the tip of Africa. For, as President Jacob Zuma said at the national Africa Day celebrations in Pretoria on Sunday [24 May 2015], “whoever is in Africa, is an African”.

However, there is more than geography to us saying we are Africa, as is apparent from the fact that 14% of the student body of Stellenbosch University (SU) is made up of people from 117 countries across the world, and 56% of them are from African countries other than South Africa.

Our claim that we are Africa also goes beyond demographics. There is a more substantial reason, which is that we collaborate closely with fellow institutions and individual researchers all over our continent to find “African solutions to African problems.”

This is the goal captured in the African Union’s Agenda 2063, seeking to mobilise efforts towards “The Africa We Want” in 50 years’ time. And health is included in the first of the seven aspirations listed in the agenda, namely to create a “Prosperous Africa”. On such a continent, the agenda says, all people should enjoy “sound health and wellbeing”.

The reasons are varied and complex, but there is consensus on four main contributing factors: the impact of epidemics that affect Africa worst, such as HIV and Aids; policy and governance failures in the political sphere; war and armed conflict in general; as well as widespread poverty and inequality across our continent.

There has been some progress – coinciding with the spread of democracy and economic growth across Africa – but huge challenges remain.

That is where we come in as a leading research-intensive university in Africa. It is our role to help produce the necessary knowledge base and human resources and community engagement to improve the situation.

Since joining Stellenbosch University (SU) in April 2015, I have been doing the rounds and I must say, I am impressed. Looking at the map of Africa, the footprint of Stellenbosch is everywhere. This is either through bilateral partnerships with other universities; or multilateral partnerships in thematic networks; or collaborations between individual researchers and their peers elsewhere on the continent outside of South Africa.

According to our 2014 Annual Report, we have 180 active projects with 760 African partners in 43 African countries. This makes Stellenbosch University an important role player in research collaboration in Africa.

In March, I was in Dakar for the launch of the African Research Universities Alliance, or ARUA. Fifteen leading institutions with strong research and postgraduate training joined ARUA – and I am proud to say Stellenbosch is a founder member. Our focus as a group will be to build African research excellence as a vital precondition for the continent to develop and control our own destiny.

I know we can rely on the foundations already in place at SU. But I welcome the drive for us to do even more to increase our African footprint in postgraduate education and research. This will help us achieve our institutional goal of becoming more focused on the future that we want for the people of our country and the rest of our continent by increasing our impact on society.

There is something else that I want to draw attention to – we are not dealing with a one-way process here. The change we are seeking to effect in society is also affecting us. The day SU started moving away from serving only a part of the population towards serving society as a whole was the day we started transforming, and that process is ongoing.

As we become more inclusive, opening up access to the University, so we become more diverse in terms of the flow of people and ideas – not only from within South Africa but also from further afield.

That means we have to be adaptable and flexible at all times, which is why promoting a welcoming culture is such an important goal for us. I want to thank all who are making positive contributions in this regard.

I would like to reiterate my support for the drive to increase SU’s African footprint – especially in postgraduate education and research.

And we are happy to up President Zuma on his call for all institutions in South Africa to fly the AU flag. We will fly the flag of Africa because we are Africa.

SA could learn from India's healthcare

We live in a world where facts and fiction get blurred
In times of uncertainty you need journalism you can trust. For only R75 per month, you have access to a world of in-depth analyses, investigative journalism, top opinions and a range of features. Journalism strengthens democracy. Invest in the future today.
Subscribe to News24
Related Links
Motsoaledi: SA health care has a long way to go
SA needs more efficient health spending
World first: penis successfully transplanted in Cape Town
Next on Health24
OPINION | Needed: Kindness