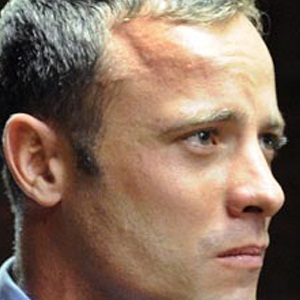 Who punished him twice?

A rather worrying feature of judge Thokozile Masipa’s otherwise wise decision to send Oscar for psychiatric observation was her very strange comment about not wishing him to be punished twice. He hasn’t been punished at all, yet.

Standing trial is an inevitable consequence of shooting people, and most people avoid this admittedly unpleasant experience by simply not shooting other people. It’s not a punishment! And if your own lawyer, on your instructions, raises the issue of your mental state and its relevance in the trial, you may be sent for psychiatric observation – and that, too, is not a punishment.

"The aim of the referral is not to punish the accused twice," she said. If someone persuaded her that a period of observation amounted to a punishment, she was seriously misinformed.

Read: Do you hope Oscar is innocent, or do you need him to be innocent?

Nine to four on weekdays

Perhaps that may help us to understand why Oscar has been given special treatment in this matter, in a way that sets unnecessary and potentially problematic legal precedents.

The law says such a person shall be “committed” for observation, and this has always been understood to mean a period of compulsory admission to a relatively Spartan institution, not the ridiculous luxury of, a “drop in conveniently from time to time” outpatient farce. Nine to four and weekdays only is a joke.

The only possible reason for even considering this travesty would be because there are too few beds available and too many people in urgent need of assessment. To that I would say, rather wait until a bed is available and do the job properly than cut corners and obtain questionable results.

If a psychiatric assessment is needed, it must be done properly! Otherwise we’re saying: “Because we don’t have an operating theatre available, we will do your child’s operation on the back lawn with a carving knife.”

Why not use a private hospital?

So what if the conclusion is delayed, even for a few months? It need not add to the costs, as the lawyers could surely do other work in the meantime.  And if hasty justice is essential, why could Oscar not be assessed as a full-time inpatient in a good private psychiatric hospital?

In-patient assessment is the basis for a sound evaluation of a forensic patient for excellent reasons.  Not only must the doctors responsible for making the diagnosis have enough time for multiple interviews and tests, but should be able to incorporate the observations and views of a wide range of other experienced mental health workers, including psychologists, social workers, and psychiatric nurses.

Even the observations of other patients can be revealing and helpful. It is called “observation” for a reason. Apart from formal assessments, much is gained by observation of a patient during a 24-hour period: how he behaves while he is awake and asleep, and how he interacts with the people around him.

In the case of possible faking, simulation or exaggeration of emotions and reactions, round-the-clock assessment is essential. Many people can fake or exaggerate strategically for short periods of time, but it is extremely difficult to remain convincing over extended periods. You may be able to convince even an experienced doctor through a couple of 20 minute chats, especially when you have unobserved internet access to help you learn what they may be looking for.

From layman to expert

When deciding to require psychiatric observation, the judge astutely and prudently admitted that the court is a “layman” in matters of mental health, diagnoses and assessing the relevance of such findings. That was the very sound basis of her decision.

Yet, suddenly she felt that she was able to make the major clinical decision of changing the normal practice of decades of forensic psychiatric practice, and set bold new precedents in case law without any expert forensic psychiatric input – this with a boldness many highly experienced and trained specialists would hesitate to do. A layman indeed!

We must also not forget that Oscar was “expertly” diagnosed as chronically psychiatrically ill, with a condition that could possibly diminish his ability to tell right from wrong or control his behaviour.

With normal in-patient observation admission, both the patient and society are protected, as he might harm himself or innocent members of the public in another uncontrolled fit of rage. Yet the court, as a “layman” felt empowered to decide on the safety of Oscar spending long periods away from the hospital, doing as he pleases.

Normally three psychiatrists make up the panel, but, also highly unusually in this case, a fourth, a psychologist, was added, apparently to please the defence. Psychologists' input can be useful, but they’re not usually on the observing panel and I fail to see why precedent needed to be broken in this case.

*The views expressed in this article are those of the author and do not necessarily represent those of Health24.

We live in a world where facts and fiction get blurred
In times of uncertainty you need journalism you can trust. For 14 free days, you can have access to a world of in-depth analyses, investigative journalism, top opinions and a range of features. Journalism strengthens democracy. Invest in the future today. Thereafter you will be billed R75 per month. You can cancel anytime and if you cancel within 14 days you won't be billed.
Subscribe to News24
Related Links
When is 30 days observation in a mental hospital called for?
45 best health tips ever
Do you hope Oscar is innocent, or do you need him to be innocent?
Next on Health24
OPINION | Needed: Kindness