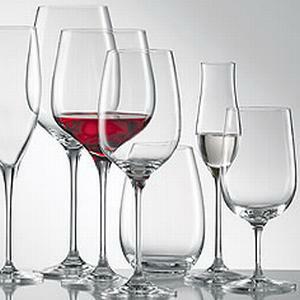 The new liquor laws might just turn Susan Erasmus into a shebeen queen.

My life has just changed – and not for the better. I will now no longer be able to pick up a bottle of wine on the way to friends after work. I work till 6 – and that is when the authorities have decided that the demon drink needs to be put behind bars. No liquor sales after 6pm on weekdays.

And there' something Calvinistic in me that doesn't feel too comfortable about stopping at the liquor store on my way to work. Being seen schlepping a sackful of booze from a bottle store just before a board meeting at 9.30 in the morning also has a certain career-limiting edge to it.

And the new regulations don't stop there. Oh no. When the fun police strike, there's no holding back. No wine to be sold anywhere on Sundays. How on earth do they expect people to get through dreary depressing Sundays without a drop to drink? Imagine facing a Sunday lunch with the extended family stone-cold sober.

Furthermore no one can now buy more than a 150 litres of alcohol without a liquor licence. Can't say that that particular stipulation has ruined my life, but who knows what the future might hold?

I love the odd glass of red wine, but this is about to turn me into a criminal. So why do I not care? It appears that on many fronts in SA respect for the law has gone into free-fall mode. What do you expect if you see those in charge getting away with anything and everything? A fish always rots from the head, as the saying goes.

While I am certainly not in favour of lawlessness – heavens, my garden hose was stolen again last week – it would appear that there is a tendency in our country to police the minutiae and lose sight of rampant murder, robbery and rape.

I can just hear it: "The van can't come out now to stop a mob stoning an alleged thief – it's gone to arrest the bottle store owner for selling a bottle of dry white wine to a 75-year-old lady at two minutes past six."

We have a lot to drink about
But then ours is not to reason why, ours is but to drink and braai. And, boy, do we have a lot to drink about in this country. How on earth do the authorities expect everyone to cope with all that's going on in SA without the odd tipple? Guys, you just don't know it, but drink is the government's friend. While the population is not fully compos mentis, you can do what you like and get away with it. Think twice about changing the booze laws. It might just come to bite you in the bum.

Now, don't get me wrong. I am not advocating that we should all be permanently three sheets to the wind. One sheet to the wind will, however, help to take the edge off our crippling taxes, our crime rate, our population explosion, our skyrocketing cost of living.

I know, I know – alcohol abuse lies at the heart of much criminal activity and socio-economic disasters. In my life I have seen enough people passed out on street corners or involved in bar brawls to know the havoc it can cause to the very fabric of our society. Obviously something needs to be done about it, such as cracking down on illegal shebeens and places that sell booze to under-age kids.

Cracking down on amateur drinkers
Instead the authorities are cracking down on the amateur drinkers such as myself. I only drink red wine – all other alcohol makes me feel ill. And then I can't drink much of it. I would so like to be one of those sophisticated people who come home and pour themselves a single glass of red wine while they cook up delicacies for supper. But I fail miserably on that account. I simply forget, and I mostly have no wine in the house, unless I am expecting people. Days go by without my drinking a drop.

All the more reason why when I want to have some on a Sunday, or I remember about it on a Thursday night at 6.15pm, I do not want to be deprived.

I live in Lansdowne. I have never needed to investigate shebeens in the area, but I am sure that with half an hour's sleuthing I can ferret out several. And if that fails, I still have that room in the backyard. There is part of me that quite fancies the role of shebeen queen. Watch this space.

Cheers.
We live in a world where facts and fiction get blurred
In times of uncertainty you need journalism you can trust. For only R75 per month, you have access to a world of in-depth analyses, investigative journalism, top opinions and a range of features. Journalism strengthens democracy. Invest in the future today.
Subscribe to News24
Next on Health24
OPINION | Needed: Kindness