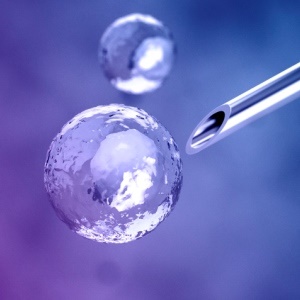 At this stage stem cell treatment is not a panacea.

There is no doubt that the stem cell field is generating a great deal of excitement and hope. Efforts are underway across the globe to find cures for incurable diseases. Yet despite these exciting developments, only a limited number of procedures are approved for routine therapy.

Bone marrow transplantation, which has been performed for cancers and blood disorders for several decades, is one for the few universally approved and routinely practiced forms of stem cells therapy.

On 31 May 2019, Health24 published an article stating that stem cell treatment had improved the quality of life of a rugby player who sustained a spinal cord injury. Rugby injuries are often low velocity injuries and in many cases, the injuries that are sustained are incomplete.

The implication is that recovery is possible, to a greater or lesser degree, with follow up rehabilitation. To date, despite numerous research efforts and clinical trials, there is virtually no evidence that stem cells can cure spinal cord injury. Several factors are critical when assessing a case such as the one mentioned above. What was the origin of the cells used? How were they administered? Was the patient walking before the stem cells were administered?

Equally important, did the administration of the stem cells comply with the laws of the country, and since this is an unproven therapy, should it have been considered as a clinical trial? In the case of the latter, a number of critical steps would have needed to be followed.

While not wanting to detract from the great joy of seeing someone recover from a debilitating injury, accurate reporting is important if one is to ensure that vulnerable patients are not emotionally and financially exploited. There is regrettably a global trend involving “stem cell clinics” that seeks to treat a range of diseases using unproven stem cell therapies. Propagating the idea that there is a direct causal relationship between the administration of stem cells and a positive outcome, without considering all of the facts, may be misleading and may prompt other vulnerable patients to undertake similar unproven therapies.

It is therefore the responsibility of the person reporting the story to do so in a manner that is objective, and to avoid implicating direct causality unless this can be proven. Evidence-based and ethical marketing is also important in order to avoid misleading vulnerable patients and their families. An advertisement, currently running on one of the local radio stations, indicates that the future use of stored stem cells will “overcome my diabetes” and “treat my autism”.

While there is ongoing research in both of these areas, and many more, there is no guarantee that stem cells will be able to be used to treat these conditions in the future. Given the extent of the emotional involvement around matters pertaining to children, potential customers might be made to believe that by banking their newborn’s stem cells, “the child you have today will be protected tomorrow”.

While there is the potential that stored stem cells might well be used in the future for bone marrow transplantation or for regenerative medicine purposes, this information should be convened objectively, which includes placing the possibility of a future cure into perspective relative to the evidence currently available. Why is it important to proceed cautiously with new treatments that have the potential to cure previously incurable diseases?

One important reason is highlighted in a recent court decision in the US. As noted by the International Society for Cell and Gene Therapy, “this ruling an important step towards the regulation of an industry that has eluded regulatory oversight for many years, causing substantial financial, and in many cases, physical harm to patients through direct-to-consumer advertising of unproven and poorly tested “stem cell” treatments”.

In other words, as long as a treatment that eludes regulatory oversight does no harm, financial loss will be the only issue that needs to be contended with. However, in the case mentioned above, four patients were blinded by stem cells administered directly into their eye. And there are many more examples of cases in which patients have been harmed by unproven “stem-cell” therapies. The argument is often put forward that the use of the patient’s own stem cells does not require regulatory oversight.

This is a complex matter, particularly since the cells are often processed in one form or another before being re-administered to the patients, which would qualify them as being “minimally-manipulated”. While there is no specific legislation governing this matter in South Africa, international best practice requires regulatory oversight with the use of such a product. To conclude, evidence-based and ethical reporting and marketing are necessary if patients are to benefit from the great strides being made in the stem cell field.

Not to do so exposes vulnerable people to exploitation and possible harm. It is critical that the South African Government provides an appropriate regulatory framework to allow patients to benefit from advances in the stem cell field while at the same time protecting them from exploitation and harm. This will also promote much needed research, investment and entrepreneurship in the stem cell field for the benefit of all of the people of our country.

We live in a world where facts and fiction get blurred
In times of uncertainty you need journalism you can trust. For 14 free days, you can have access to a world of in-depth analyses, investigative journalism, top opinions and a range of features. Journalism strengthens democracy. Invest in the future today. Thereafter you will be billed R75 per month. You can cancel anytime and if you cancel within 14 days you won't be billed.
Subscribe to News24
Related Links
Second man seems to be free of HIV after stem cell transplant
Stem cell transplant may help some with aggressive MS
Is stem cell injection the cure-all miracle?
Next on Health24
OPINION: 'It's OK for a doctor not to be OK'