Coffee may cause hallucinations 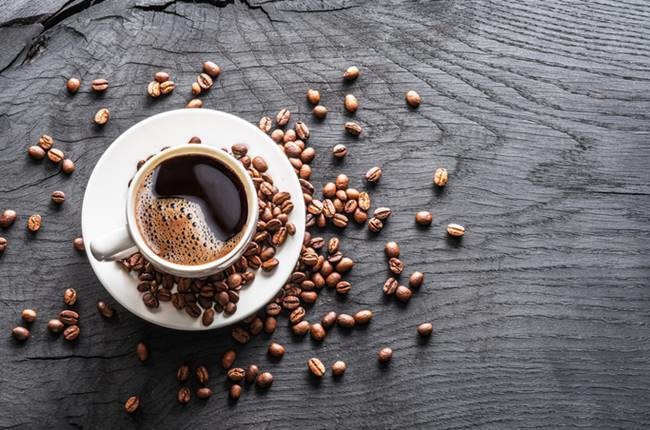 iStock
High caffeine consumption could be linked to a greater tendency to hallucinate, a new research study suggests.

People with a higher caffeine intake, from sources such as coffee, tea and caffeinated energy drinks, are more likely to report hallucinatory experiences such as hearing voices and seeing things that are not there, according to the Durham University study.

The researchers say the findings will contribute to the beginnings of a better understanding of the effect of nutrition on hallucinations. Changes in food and drink consumption, including caffeine intake, could place people in a better position to cope with hallucinations or possibly impact on how frequently they occur, say the scientists.

How the study was done
In the study, funded by the Economic and Social Research Council and the Medical Research Council, 200 students were asked about their typical intake of caffeine containing products, such as coffee, tea and energy drinks as well as chocolate bars and caffeine tablets.

Their proneness to hallucinatory experiences, and their stress levels, were also assessed. Seeing things that were not there, hearing voices, and sensing the presence of dead people were amongst the experiences reported by some of the participants.

The researchers, whose paper is published in the academic journal Personality and Individual Differences, say their finding could be down to the fact that caffeine has been found to exacerbate the physiological effects of stress.

When under stress, the body releases a stress hormone called cortisol. More of this stress hormone is released in response to stress when people have recently had caffeine. It is this extra boost of cortisol which may link caffeine intake with an increased tendency to hallucinate, say the scientists.

Lead author, Simon Jones, a PhD student at Durham University's Psychology Department, said: "This is a first step towards looking at the wider factors associated with hallucinations. Previous research has highlighted a number of important factors, such as childhood trauma, which may lead to clinically relevant hallucinations.

More research needed
Many such factors are thought to be linked to hallucinations in part because of their impact on the body's reaction to stress. Given the link between food and mood, and particularly between caffeine and the body's response to stress, it seems sensible to examine what a nutritional perspective may add."

Co–author Dr Charles Fernyhough, also from Durham University's Psychology Department, noted "Our study shows an association between caffeine intake and hallucination-proneness in students. However, one interpretation may be that those students who were more prone to hallucinations used caffeine to help cope with their experiences. More work is needed to establish whether caffeine consumption and nutrition in general, has an impact on those kinds of hallucination that cause distress."

Jones added: "Hallucinations are not necessarily a sign of mental illness. Most people will have had brief experiences of hearing voices when there is no one there, and around three per cent of people regularly hear such voices. Many of these people cope well with this and live normal lives. There are, however, a number of organisations, such as the Hearing Voices Network, who can offer support and advice to those distressed by these experiences." – (EurekAlert, January 2009)