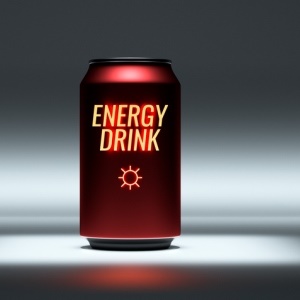 Runners clutching bottles of energy drink are a common sight, and it has long been known that sugary drinks and sweets can significantly improve athletes' performance in endurance events. The question is how?

Clearly, 'sports' drinks and tablets contain calories. But this alone is not enough to explain the boost, and the benefits are felt even if the drink is spat out rather than swallowed.

Nor does the sugary taste solve the riddle, as artificial sweeteners do not boost performance even when they are indistinguishable from real sugars.

Writing in the latest issue of The Journal of Physiology, Ed Chambers and colleagues not only show that sugary drinks can significantly boost performance in an endurance event without being ingested, but so can a tasteless carbohydrate – and they do so in unexpected ways.

How the research was done
The researchers prepared drinks that contained glucose (a sugar), maltodextrin (a tasteless carbohydrate) and one that contained neither, then carefully laced all three with artificial sweeteners until they tasted identical.

They asked endurance-trained athletes to complete a challenging time-trial, during which they rinsed their mouths with one of the three concoctions.

The results were striking. Athletes given the glucose or maltodextrin drinks outperformed those on 'disguised' water by 2 - 3% and sustained a higher average power output and pulse rate, even though they didn't feel that they were working any harder.

The authors conclude that as-yet unidentified receptors in the mouth, independent from the usual 'sweet' taste buds, must be responsible.

"Much of the benefit from carbohydrate in sports drinks is provided by signalling directly from mouth to brain, rather than providing energy for the working muscles," explained Chambers.

What the study showed
The team then used a neuro-imaging technique known as fMRI to monitor the athletes' brain activity shortly after giving them one of the three compounds.

They found that both glucose and maltodextrin triggered specific areas of the brain associated with reward or pleasure, while the artificial sweetener did not. This acts to reduce the athletes' perception of their workload, suggest the authors, and hence enables them to sustain a higher average output.

Their findings support the emerging 'central governor hypothesis' – the theory that it is not the muscles, heart or lungs that ultimately limit performance, but the brain itself, based on the information it receives from the body. Stimulating the brain in certain ways – such as swilling sugary drinks – can boost output, perhaps giving athletes that all-important edge over their rivals. – (EurekAlert, April 2009)