Tea could be healthier than water 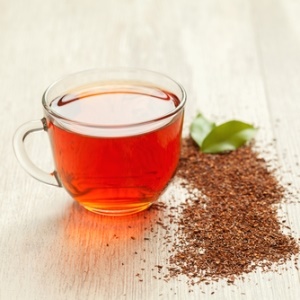 Drinking tea is actually better for you than drinking water. Water is essentially replacing fluid. Tea replaces fluids and contains antioxidants, so its got two things going for it,” reviewer Dr Carrie Ruxton from Nutrition Communications told the BBC.

Interest in tea mostly focuses on green tea, with consumption linked to a wide range of health benefits, including lower risk of certain cancers, weight loss, and protection against Alzheimer’s.

But Dr Ruxton and her co-authors from King's College London report that black tea also had positive effects on general health.

"We found some research showing that black and green tea contained similar amounts of antioxidants but different types. This can be expected as they come from the same plant but go through different processing," Dr Ruxton told NutraIngredients.com.

"Antioxidant activity in the blood is similar too, so one could assume that both types of tea confer heart health benefits," she said.

The review, sponsored by the Tea Council and published online in the European Journal of Clinical Nutrition (doi: 10.1038/sj.ejcn.1602489), searched databases for relevant epidemiological and clinical studies that were published between 1990 and 2004.

In terms of cardiovascular disease, the reviewers report that “clear evidence was found” to link drinking three or more cups per day and reduced risk.

Cancer risk did seem to be reduced in experimental (in vitro and animal studies) said the reviewers, but these results were not backed up by epidemiological evidence, they said.

A small note of caution, however, was noted by the observation that a non-effect or slight increase in risk of colorectal cancer occurred with consumption of black tea.

The researchers also tackled the old wives’ tale that drinking tea leads to dehydration, due to the diuretic caffeine content of the beverage. This was not backed up by the science, said the reviewers, with normal levels of hydration maintained when the tea contained less than 250mg per cup.

"Studies on caffeine have found that very high doses dehydrate and everyone assumes that caffeine-containing beverages dehydrate. But even if you had a really, really strong cup of tea or coffee, which is quite hard to make, you would still have a net gain of fluid,” Dr Ruxton told the BBC.

The reasons for these benefits were proposed to be related to the antioxidant action of tea polyphenols, wrote the reviewers.

“A maximum intake of eight cups per day would minimise any risk relating to excess caffeine consumption. Black tea generally had a positive effect on health.” - (Decision News Media, August 2006)

We live in a world where facts and fiction get blurred
In times of uncertainty you need journalism you can trust. For 14 free days, you can have access to a world of in-depth analyses, investigative journalism, top opinions and a range of features. Journalism strengthens democracy. Invest in the future today. Thereafter you will be billed R75 per month. You can cancel anytime and if you cancel within 14 days you won't be billed.
Subscribe to News24
Related Links
South African rooibos and honeybush teas could fight cancer
Chamomile tea lowers risk of thyroid cancer
Can rooibos help you lose weight?
Next on Health24
Coffee drinking linked to lower death risk – even with sugar