Is milk bad for you? Should we incorporate cow's milk into our diets?

Milk is a whole food which provides 18 out of 22 essential nutrients, including calcium, magnesium, potassium, zinc and protein. But unfortunately, approximately 75% of the world’s population isn’t able to break down lactose; a core ingredient in milk.

And despite its benefits, milk may put you at risk for some conditions.

Why milk could be bad for you

A study in the Journal of the American Academy of Dermatology shows that teenagers with acne are those who drink large amounts of low-fat or skim milk. A group of 225 teens aged 14 to 19 with both acne and no acne were used.

Studies have found that excess calcium from milk and other foods may increase the risk of certain cancers and specifically, prostate cancer by 30-50% in men.

It was also found that sugars found naturally in milk may be linked to a higher risk of ovarian cancer in women.

More research is needed, but current research finds that the growth hormones given to cows often contain high levels of chemicals that may increase the risk of developing these cancers.

Milk allergies are common in both adults and children. Including milk in your diet may trigger allergic reactions if you are sensitive to milk and milk products.

Symptoms may include wheezing, difficulty breathing, blood in stool, constipation, diarrhoea, and worsening skin conditions like eczema. Sensitivity to casein, a protein in milk, can cause other reactions, which include sinus congestion, skin rashes and migraines.

There are two types of cholesterol; good and bad.

If you can’t bear to swap to black coffee or weak tea, don’t worry. There are healthy milk alternatives you can try.

Soy milk has a creamy, mild taste and similar nutritional values to cow’s milk. It’s made from whole soybeans or soy protein isolate. It’s a good source of protein, and vitamins B, D, and E. It should be used in moderation though, as it may cause digestive issues like bloating and gas.

With its sweet, nutty flavour, almond milk is a great alternative to cow’s milk. It’s low in calories, fat and carbohydrates, so it’s a great option if you’re watching your weight. The only downside is that it’s low in protein and contains a substance called phytic acid which may limit the absorption of zinc, calcium and iron in your body.

Coconut milk is made from the flesh of coconuts and water. It has a creamy, milk-like consistency and tastes sweet. It contains no protein and little to no carbohydrates. It does have lauric acid, which helps lower high blood pressure, and cholesterol, which improves heart health. Sip in moderation though, as it’s packed with medium-chain triglycerides, a type of saturated fat.

We live in a world where facts and fiction get blurred
In times of uncertainty you need journalism you can trust. For only R75 per month, you have access to a world of in-depth analyses, investigative journalism, top opinions and a range of features. Journalism strengthens democracy. Invest in the future today.
Subscribe to News24
Related Links
FEATURE DOCUMENTARY: Is milk really a superfood?
Is coconut milk good for you?
4 lactose intolerance myths you probably believe, but shouldn’t
Next on Health24
What's wrong with microwaved tea? Science weighs in 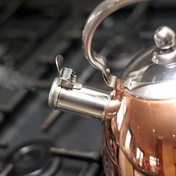