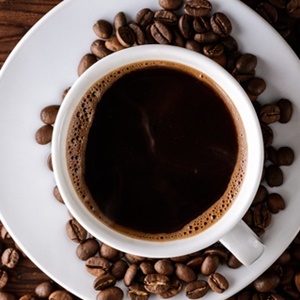 "Ours is the first report of a positive association between dietary acrylamide intake and renal cell [kidney] cancer," said study author Janneke Hogervorst, a researcher at Maastricht University in the Netherlands.

The report is published in the May issue of the American Journal of Clinical Nutrition.

Studies of the chemical have been ongoing since 1994, when the International Agency for Research on Cancer classified the chemical as a probable human carcinogen. Experts thought the main exposure was environmental, through cigarette smoke and, to a lesser extent, cosmetics.

But in 2002, Swedish scientists reported the presence of the chemical in carbohydrate-rich foods produced at high temperatures, including French fries and potato chips.

Studies of the chemical's link to various cancers have yielded mixed results.

The Dutch research team took data from the Netherlands Cohort Study on diet and cancer, which includes more than 120 000 men and women, aged 55 to 69. They followed them for more than 13 years, looking at all the cases of kidney, bladder and prostate cancers. They took a random sample of 5 000 people to look at their dietary habits.

The average intake of acrylamide from the diet was 21.8 micrograms - a little less than what is included in a 70-gram serving of French fries. Those who took in the most - averaging 40.8 micrograms a day - had a 59 percent higher risk of kidney cancer (but not the other cancers) than those consuming the least.

For each additional 10 micrograms ingested of the chemical, kidney cancer risk increased by 10 percent, the researchers found.

According to FACS more research is needed before they can give formal recommendations on how much acrylamide containing food it is safe to consume. The do, however, advise eating a balanced diet: "rich in fruit and vegetables and eat fried, fatty, braaied, char-grilled and fermented foods in moderation."

No link to prostate cancer found

In another study published in the same issue of the journal, researchers found no association between dietary fat intake and prostate cancer risk.

One expert praised the acrylamide study, but added that more research is needed. It is also difficult to know how much impact smoking has on the cancer risk, said Marji McCullough, a nutritional epidemiologist for the American Cancer Society.

"Smoking is a [known] risk factor for this [kidney] cancer," she said.

Exactly how the acrylamide boosts cancer risk isn't known, she added, "but the hypothesis is that metabolites [breakdown products] of the acrylamide cause DNA damage."

Limiting the consumption of foods containing the chemical is wise, Hogervorst said. "Also, in preparing food at home, fry potatoes at temperatures below 175 degrees Celsius and fry them to gold-yellow, not dark brown [the more brown, the more acrylamide]. The same goes for making toast and cookies."

And that, of course, means limiting the French fries and other snacks. – (Kathleen Doheny/HealthDay News)