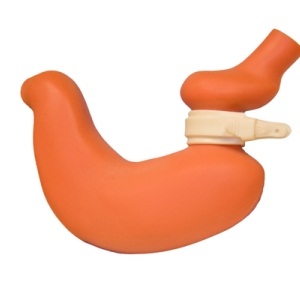 I often watch Sky News to see what’s new in the UK, and in mid-July it was reported that NICE (The National Institute for Health and Care Excellence) has proposed a bill to lower the criterion for inclusion of obese diabetics in gastric banding operations – from a BMI of 35, which is the current cut-off point, to a BMI of 30.

We need to keep in mind that, unlike in South Africa, healthcare for the general population in the UK is covered by the National Health Service (NHS).

This change would make gastric banding available to an estimated 800,000 additional obese British who suffer from diabetes. The prime reason mentioned for this suggested change is to save money.

Sarah Bosely (2014), writing in The Guardian, points out that approximately 10% of the NHS budget is spent on treating patients with type 2 diabetes. Because type 2 diabetes is so often linked to obesity, the plan is to permit more of the overweight diabetics in the UK access to an operation that should cause drastic weight loss.

This would hopefully improve the health of these patients to a point where they no longer require as much expensive medication or can do without any medication. It could also prevent other consequences of obesity and diabetes (heart disease, arthritis, hypertension, kidney failure etc.), and lessen the burden of care and expense on the NHS.

Read: Diabetes in Britain a strain on health services

No cure-all for obesity

In theory this sounds like the best solution any health scheme has come up with in a long time. But when one considers all the pros and cons, this, like so many other well-meant plans to save humanity from itself by legislation, may not have the desired positive outcomes.

One critic who has spoken out against this cure-all scheme of the NHS, is Dr Sharon Bates. Dr Bates not only works in the field of weight-loss surgery but personally underwent a bariatric operation to lose weight. Also writing in The Guardian, she points out that it is “no cure-all for obesity”. She lists the following problem areas that will not be addressed by this quick-fix solution:

Bariatric surgery for obese type 2 diabetics will not address:

In addition, bariatric surgery on its own without a range of supportive therapies, cannot meet the requirements of diabetic patients to:

Another dilemma is that if surgeons and surgical units throughout the country were required to fit in another 800,000 operations, they would be overstretching systems that are already close to breaking point.

Dr Bates poses a variety of questions that will have to be answered before this scheme is put into operation. For example: “Who decides on priorities and which operations are regarded as more important: a life-saving operation for a child or a bariatric operation for an adult? Who will take the responsibility for the risk associated with giving an obese patient an anaesthetic and subjecting them to an invasive operation?” (Bates, 2014)

Read: Are you anaesthetic fit?

Sitting on a volcano

While NICE is positive that increasing the number of obese patients who are given bariatric operations will solve one of the financial problems of the NHS before it is “crushed” by the burden of caring for type 2 diabetics, there is no guarantee that these care systems have the staff and capacities to perform so many additional operations every year. (Boseley, 2014; Bates, 2014)

It has been said that South Africa is sitting on a volcano of type 2 diabetes that is about to erupt.  When it does, what are we going to do? We must hope that researchers will either come up with a slimming pill that is very effective, inexpensive and safe, or a bariatric procedure that can be done in an outpatient setting.

How such patients would cope without post-operative counselling and support structures remains an unanswered question, but let’s hope that there are researchers working on solutions to compensate for laws that sound good but cannot work in practice.

We live in a world where facts and fiction get blurred
In times of uncertainty you need journalism you can trust. For 14 free days, you can have access to a world of in-depth analyses, investigative journalism, top opinions and a range of features. Journalism strengthens democracy. Invest in the future today. Thereafter you will be billed R75 per month. You can cancel anytime and if you cancel within 14 days you won't be billed.
Subscribe to News24
Related Links
Why digestive problems are common in type 1 diabetics
Link between inactivity and heart disease and diabetes
Next on Health24
Intermittent fasting for weight loss: Two types work, according to new review