Lignans could protect the colon 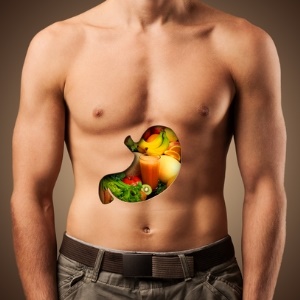 Plant lignans, from sources such as flaxseed, whole-grain cereals, berries, vegetables and fruits, are metabolised in the colon by microflora into enterodiol and enterolactone. Previous research has focused on plant lignans as reducing the risk of prostate cancer, and in improving menopause health.

The new retrospective study, published in the June issue of Cancer Epidemiology Biomarkers and Prevention (Vol. 15, pp. 1132-1136), indicates it is the first to report that the metabolites of lignans may also be beneficial for people with colorectal adenomas, growths in the colon and rectum that are considered by some scientists to be precursors for colorectal cancer.

The researchers, based in Wageningen University and the RIKILT Institute of Food Safety in the Netherlands, enrolled 532 cases (at least one histologically confirmed colorectal adenoma, average age 59,6, 47 percent female) and 503 healthy controls (average age 52,8, 62 percent female). Plasma enterodiol and enterolactone levels were measured.

The benefits of lignans appeared to be dose-dependent, meaning that a higher plasma level of the metabolites enterodiol and enterolactone was associated with a greater benefit.

After adjusting for possible confounders such as age, sex and antibiotic use, a plasma level of enterodiol of more than 3,1 nanomoles per litre was associated with a reduction in the risk of colorectal adenomas of 52 percent, compared to people with intakes of less than 0,7 nanomoles per litre.

No such associations were observed for prevalent cases.

“Enterodiol was similarly associated with colorectal adenomas as enterolactone in this study, although concentrations of enterodiol were five to ten-fold lower. This suggests that in the human body, enterodiol might be more active than enterolactone,” wrote lead author Anneleen Kuijsten.

The authors indicate that this is the first time that such an association between plant lignan intake and colorectal cancer has been published, although they do concede that studies have reported that a higher intake of lignan-containing foods such as cereals, fruits, nuts and grains have been linked to lower risks of colorectal cancer.

“To further investigate the role of enterolignans on the development of colorectal cancer, more prospective studies or recurrence trials are needed,” concluded the researchers.

Such studies are underway, with the same researchers currently involved in another on-going prospective study, and are considering other short-term epidemiological studies.

Researcher Peter Hollman, Associate Professor Nutrition and Health, Wageningen University, told NutraIngredients.com that no intervention trials were planned and that such studies were too far away at the moment.

“We are interested in investigating the mechanisms before starting on any long-term or intervention studies,” said Dr Hollman.

There are 945 000 new cases of colorectal cancer every year around the world. Only about five percent of colorectal adenomas are thought to become malignant, and this process could take between five and ten years.

Get on top of lignans' benefits

We live in a world where facts and fiction get blurred
In times of uncertainty you need journalism you can trust. For only R75 per month, you have access to a world of in-depth analyses, investigative journalism, top opinions and a range of features. Journalism strengthens democracy. Invest in the future today.
Subscribe to News24
Related Links
Colorectal cancer treatment
Symptoms of colorectal cancer
Colorectal cancer: Take note
Next on Health24
Ten healthy, delicious alternatives to sweets